NASA Is Sending a Game of Thrones-Inspired Robot Into Space 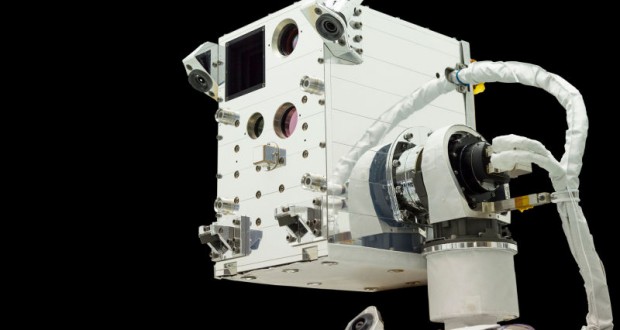 Raven will use its sensors to collect information about incoming and outgoing spacecrafts so that ultimately, NASA can develop navigation technology for autonomous rendezvous in space—something that’s a lot easier said than done, Gizmodo reports.

Five days after launch, the carry-on luggage-sized Raven will be removed from the unpressurized “trunk” of a SpaceX Dragon capsule by Dextre, a self-repairing robotic arm attached to the ISS. Raven will hit the ground running and immediately start using its sensors and various algorithms to calculate the distance between itself and nearby spacecraft. The module will process this information to swivel in the direction of the vehicle in question in order to continue tracking it. NASA operators will be monitoring the all-seeing robot’s eye-tracking performance from the ground, making adjustments as necessary.

There are numerous benefits to creating a relative navigation system that requires no human intervention. For one thing, this technology would make refueling and servicing satellites much easier. After all, if satellites are not repaired as soon as they need to be, or are never refueled, they become space junk. NASA specifically hopes to use the technology developed on Raven to aid on an upcoming mission slated for the 2020s, in which robotic servicer Restore-L will refuel and relocate the Earth-monitoring Landsat 7 satellite. By removing human error and communications delays from the equation, Raven’s relative navigation system will help our future robotic space mechanics link up with their targets quickly and accurately.

Raven is expected to carry out its duties on the ISS for the next two years.