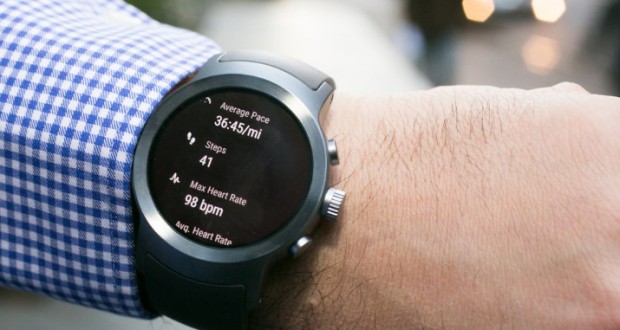 Google’s revamped smartwatch operating system improves upon many of the problems that plagued Android Wear watches for the past two and a half years.

As Dan Graziano made a review the Google’s Android Wear 2.0 watch platform for Cnet.

Here is the review:

“The interface of the platform is cleaner and easier to navigate, with an on-watch Play Store for downloading apps, and watch faces that can be customized to include app shortcuts and widgets — including Google Fit stats like steps and calorie count for one-glance use. Shortcuts to start Google Fit workouts are easier to make, too.

When the update arrives on existing watches over the next few weeks, along with newly updated apps, the revamped fitness experience could possibly rival your Fitbit. But at this point, it still has work to do.

Android Wear watches always had some basic fitness-tracking features. They could track steps, distance, calories burned and active minutes. Google Fit will also automatically log workouts. It’s similar to what we have seen from Fitbit and Samsung. The watches know when you are walking, running, biking and even doing aerobics. The workout will then be logged automatically in the Google Fit app.

Automatic workout tracking is helpful, but sometimes it can get confused. A moderate walk with my dog was recorded as a bike ride, for example. The lack of on-watch indicators was also frustrating. It’s unclear when exactly an exercise is being recorded. You won’t know until you open the Google Fit app on your phone. On Samsung’s Gear S3, the automatic recording happens more clearly and with better heads-up stats on recent accomplishments.

Android Wear 2.0 now comes preloaded with a new and improved Google Fit workout. The app gives you the ability to view all of your fitness data right on the watch. It also lets you set a specific fitness goal, such as walking 10,000 steps or running three times a week. Unfortunately, the app still doesn’t support all-day heart-rate tracking or sleep tracking, although there are some third-party options available in the new Wear app store that do. But with Android Wear’s challenged battery life, I’m still probably going to keep mine charging at night.

In addition to tracking daily activities, the new Google Fit app now includes on-watch workouts. It’s similar to what we saw on the Fitbit Blaze, but a little more advanced since it can actually count your reps. You can choose from three different exercise challenges: push-ups, sit-ups and squats. The watch will then give you tips on how to do the exercise and show you the proper form.

The idea is to do a little more each day. If you did five push-ups on Monday, you should go for six on Tuesday and then maybe seven on Wednesday.

Overall, I found the rep counting to be accurate, as long as I kept the proper form (itching my nose during a squat gave me an extra rep). The workouts were fine, although I wish there was more of a coaching aspect. I did 20 push-ups, great. Now what? Should I really be doing 20 each day or should I only do it a few times a week? I wish the Google Fit app could provide feedback and recommendations on other workouts I should be doing, rather than simply logging my exercise.

Another new (and preinstalled) app is called Fit Workout. The app is used to track a variety of exercises, such as walking, running, biking, treadmill running, stationary biking, aerobics, stair climbing machines and strength training (if your watch has a heart-rate sensor).

The watch can show real-time data for each of these workouts, but it’s not great. The data is broken down into three live stats that can be customized with a specific metric, such as heart rate, pace, distance, elapsed time, calories, steps or time of day. That’s it. A lot of other watches, such as those from Garmin, let you customize each metric across multiple workout screens. I like to view pace, distance, elapsed time and heart rate when I run. This wasn’t possible with the Fit Workout app.

Where are my friends?

There are a lot of smartwatches and fitness trackers out there, all at varying price points, but few do fitness tracking better than Fitbit. The app is easy to use and has the largest social base. If one of your friends owns a fitness tracker, there’s a good chance it’s a Fitbit.

The benefit of this is being able to compete with friends and family members in a variety of competitions, which helps keep you motivated and more likely to reach your goal. Fitbit will also soon be adding a Facebook-like News Feed for even more social interactions.

There are no social features in Google Fit. You can’t see how friends are progressing and you can’t compete against them. There is no motivation factor whatsoever. The Apple Watch made small strides with social features in WatchOS 3 fitness. They’re not as good as Fitbit, but they’re better than Android Wear 2.

While Android Wear is cross-platform, Google Fit isn’t. Even though you can use an Android Wear watch with an iPhone, at this time there isn’t an iOS app to view your fitness stats. Your only option view them on the watch or on the Google Fit website.

Meanwhile, Fitbit offers a Web interface and apps for iPhone, Android and even Windows. Granted, Apple Watch has the same issue with its Activity and Workout app, but then again the Apple Watch doesn’t support Android. Samsung S-Health, by comparison, can also run across Android, Samsung and iPhone.

Better, but not the best

Running perfectly on an iPhone isn’t a deal breaker. But not working as well as a Fitbit could be. Google Fit has gotten better, but it’s still oddly bare-bones on Android Wear and sometimes sluggish when syncing data. Automatic fitness tracking should happen more obviously on-watch and more social connections are a must.

Fitness is one of the reasons people are buying smartwatches. At this point, I would opt for a Fitbit Blaze or Garmin watch for fitness tracking and smartphone notifications. Android Wear is moving in the right direction, but Google Fit isn’t the killer feature it needs to be.”