Home / Tech / This Nokia 3310 Has Survived War And Washing Machine, And Still Working Well After 17 Years

This Nokia 3310 Has Survived War And Washing Machine, And Still Working Well After 17 Years

Shares
We always knew how indestructible the Nokia 3310 was, but for the phone to survive a washing machine, swim in spicy curry, being stamped on repeatedly is just amazing 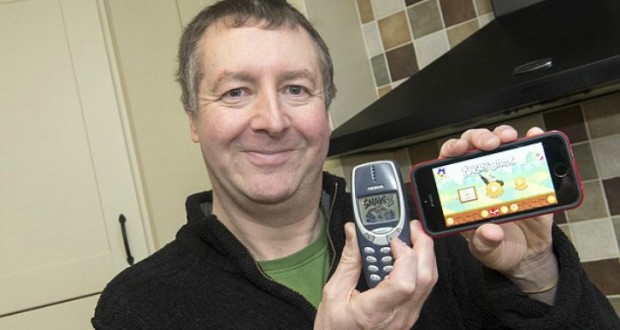 The Nokia 3310 launched in September 2000. And 17 years later, a former British soldier’s trusty Nokia 3310 is still going strong, having survived the war zone of Afghanistan and Iraq pretty much unscathed, Joinfo.com reports with reference to India Times.

Dave Mitchell, a 49-year-old retired British Army soldier, literally can’t live without his Nokia 3310 phone. He says he would be ‘distraught’ if he were forced to give the handset up.

He has a special relationship with his old and faithful Nokia 3310 phone, because it’s still going strong even after 17 years of non-stop use. And there are no signs of it stopping anytime soon.

He only charges the Nokia 3310 phone once every 10 days, and doesn’t miss any modern features offered by faster, more powerful smartphones. He credits the Nokia 3310 for being virtually indestructible as he’s inadvertently dropped the phones several times over its 17-year lifespan — sometimes in a washing machine and curry sauce, too — and each time he’s either wiped or dusted off the handset, turned it on for it to work perfectly.

See also: Nokia 3310 is rumored to return this month.

Why is he still hooked on to the Nokia 3310? After all, it’s an old phone, has only 1KB of memory, space for only 250 contacts, 84×48 pixel monochrome display, and no camera or Internet?

Because Mr Mitchell is happy with the phone’s features, doesn’t take selfies and has no interest in surfing the Internet on his phone.

He even forgot his spare Nokia 3310 in a drawer in 2010 when he left for duty, knowing full well that he has a backup phone to keep him company should his current 17-year-old active Nokia 3310 were to conk off.