Shares
Researchers have created a way for you to charge your phone wirelessly just by standing in a room. 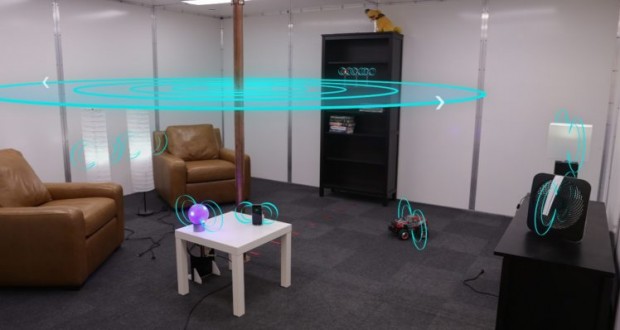 Disney Research, who funded the project, also made a video showing the room and describing the research in layman’s terms:

The electromagnetic signal charges compatible devices by radiating from a copper pole at the center of the room. Aluminum walls keep the (up to) 1900 watts of energy safely inside.

Researchers then measured how much energy they could pump into the room before it became dangerous. Not that much, as it turns out. Humans couldn’t get safely within two feet of the pole.

Of course, you’ll need a coil receiver attached to the bottom of the phone to capture the charge. All told, researchers scattered ten devices throughout the room and each received power in any position or orientation. It would, presumably, work with other devices as well.