Shares
Apple's new headquarters -- or the spaceship, as it's been called -- will open in April and will even feature some areas open to the public. 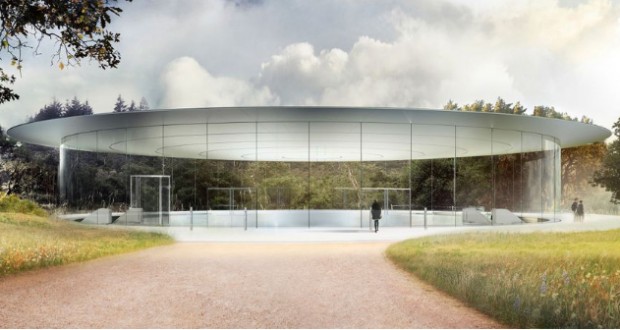 The first employees will start to move into the 175-acre campus at that point, while building construction and landscaping will continue across the site, the company said in a statement Wednesday, Joinfo.com reports with reference to Cnet.

It’ll take six months for 12,000 employees to move from the existing headquarters and other offices in Cupertino, California, into the new campus nearby that will officially be called Apple Park.

Apple Park is the last product from co-founder Steve Jobs, who died Oct. 5, 2011, after a long battle with pancreatic cancer. The famously detail-oriented leader had envisioned Apple’s new headquarters as a beacon of innovation and a place for the company’s employees to continue their efforts to release groundbreaking products. Apple’s has ballooned since its early years, and it has outgrown its current offices at 1 Infinite Loop, which holds about 2,800 employees. 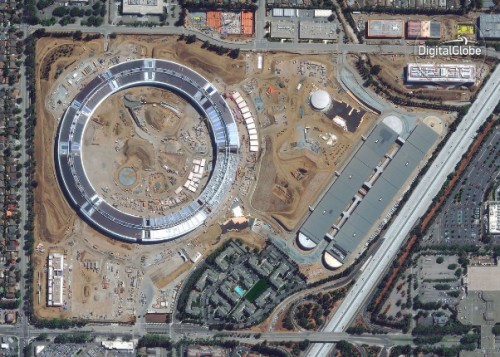 The new site has at its heart a ring-shaped, 2.8 million-square-foot building clad in glass. Jobs compared the building to a “spaceship”when he proposed the development to the Cupertino City Council in 2011. The idea was certainly outside the norm for corporate headquarters, and Jobs’ intense interest in design had an obvious influence on the architecture. He had originally planned for the complex to open in 2015, but it took longer to get approval from the city than anticipated.

In memory of Apple’s late co-founder, the new campus will include a 1,000-seat auditorium called the Steve Jobs Theater. The entrance to the building will be a 20-foot-tall, 165-foot diameter glass cylinder with a “metallic carbon-fiber” roof. The theater will sit atop a hill, one of the highest points on the campus.

“Steve’s vision for Apple stretched far beyond his time with us. He intended Apple Park to be the home of innovation for generations to come,” Apple CEO Tim Cook said in a statement. “The workspaces and parklands are designed to inspire our team as well as benefit the environment. We’ve achieved one of the most energy-efficient buildings in the world, and the campus will run entirely on renewable energy.”

A 17-megawatt rooftop solar installation on the site will be “one of the largest” on the globe, Apple said. The main building will also be the “world’s largest naturally ventilated building, projected to require no heating or air conditioning for nine months of the year.”

The landscaping will include 9,000 trees and two miles of paths for workers, as well as an orchard, meadow and pond. Employees can work out in a 100,000-square-foot gym or use the outdoor paths for walking and running.

“Steve invested so much of his energy creating and supporting vital, creative environments,” Jony Ive, Apple’s chief design officer, said in a statement. “We have approached the design, engineering and making of our new campus with the same enthusiasm and design principles that characterize our products.”

Despite Apple’s infamous secrecy, the public can enter certain parts of the campus: a cafe and a visitor center with an Apple Store.