Home / Tech / The 20 Best Smartphones In The World

The 20 Best Smartphones In The World

Shares
One of the biggest tech conferences of the year, Mobile World Congress, has come and gone, and it brought several new phones to our attention. 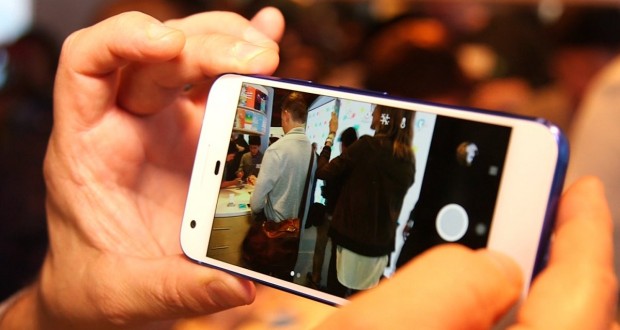 That includes new models from LG, Sony, and Motorola, which all come with a bunch of exciting new features, according to Business Insider.

These smartphones are worth checking out in case you’re in the market for a new machine to stream Netflix or lurk on social media.

Here’s our list of the best smartphones you can buy. 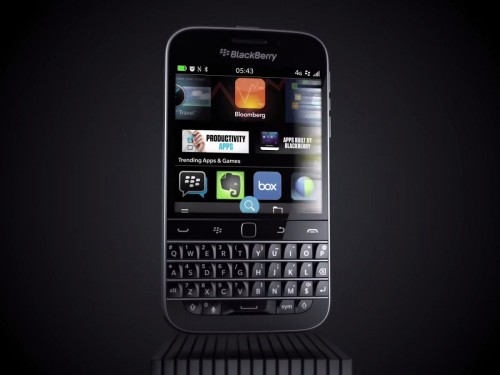 If you were a BlackBerry fan in the company’s heyday, you’re going to love the BlackBerry Classic. It looks similar to older BlackBerry models but features a sharp touch screen and an excellent physical keyboard. 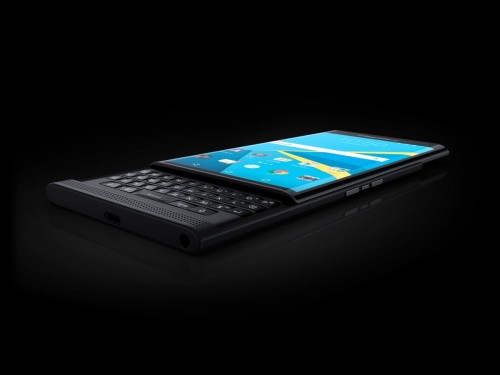 The BlackBerry Priv is a huge departure for BlackBerry. Instead of running BlackBerry’s own operating system, the Priv runs Android. While it may look like a standard Android phone, the Priv has a slide-out keyboard.

This could be a great device for those who want a physical keyboard but still want access to Google’s apps and services that aren’t available on other BlackBerry devices. 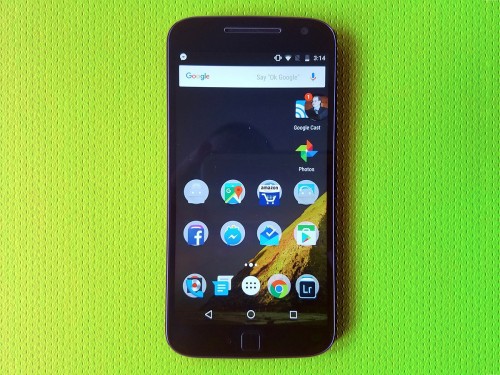 We reviewed the G4 Plus, which has a 16-megapixel camera, compared with the 13-megapixel shooter on the regular G4, and found that it’s the best cheap smartphone you can buy. The G4 Plus also comes with a fingerprint sensor, while the other models don’t.

The Moto G5 Plus was announced during Mobile World Congress this month, so you might want to wait until its released if you’re considering the G4. 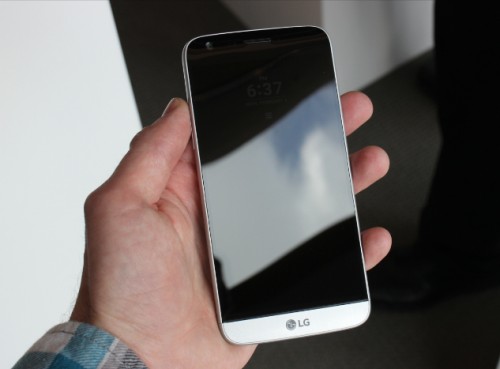 LG’s G5 smartphone has a nice almost-all-metal design that’s hampered by a plastic removable bottom, which lets you swap out a dead battery with a fresh one. It’s a thoughtful, if outdated, legacy Android phone feature that prevents the G5’s whole body from being metallic.

The removable bottom can also be exchanged with “modules” that offer new functions, like a camera grip with a zoom dial and a shutter button for better control. However, only a few modules have been released, and they haven’t been a great selling point.

The G5 also has a dual-lens camera, one of which is an ultra-wide-angle lens that gives pictures a fish-eye effect. It’s cool, but you wouldn’t want to capture all your memories with it.

The LG G6 was announced during Mobile World Congress this month, so you might want to wait until its released if you’re considering the G5. 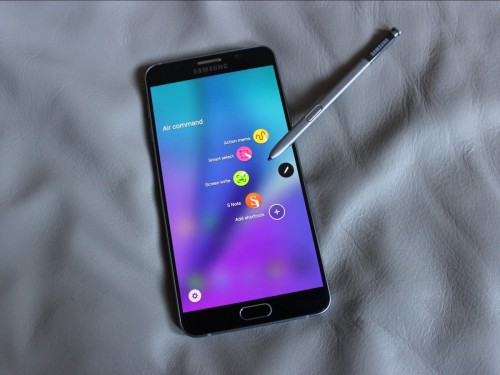 The Galaxy Note 5 is a killer big-screen phone. Like previous versions of the Note, it has a large, vibrant display and a stylus for taking notes. The new metal-and-glass design is great, too. 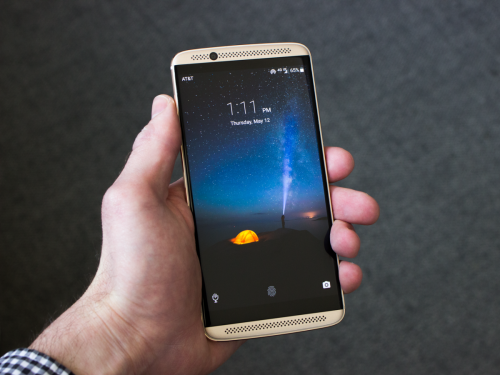 The Axon 7 is made by ZTE, a Chinese smartphone maker that’s relatively unknown in the US.

Why does it deserve a spot on this list? Because it offers the same — if not better — specs as the top Android players here, and it’ll cost you $250 less than the big-name brands like Samsung, LG, or HTC.

That means if you don’t like the Nexus devices and don’t want to pay top dollar for a Galaxy S7 or HTC 10, the ZTE Axon 7 might just be the phone for you. 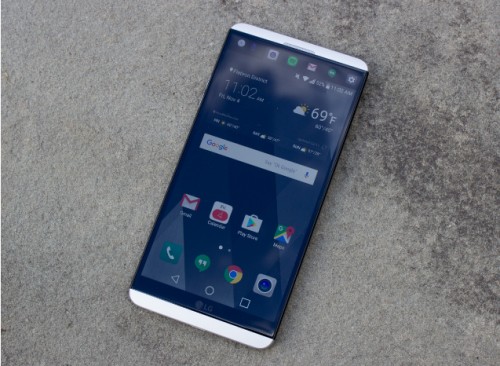 The LG V20’s second screen at the top of the device is genuinely useful, as it gives you shortcuts to your favorite apps and music controls even when the screen is locked.

It also has great specs and a good camera, and it’s incredibly light for its size. It’ll also appeal to Android diehards holding on to legacy Android features like a removable battery and expandable microSD storage.

Unfortunately, those legacy Android features mean LG had to compromise on the overall build quality of the V20, which doesn’t match the premium flagship league it’s in. 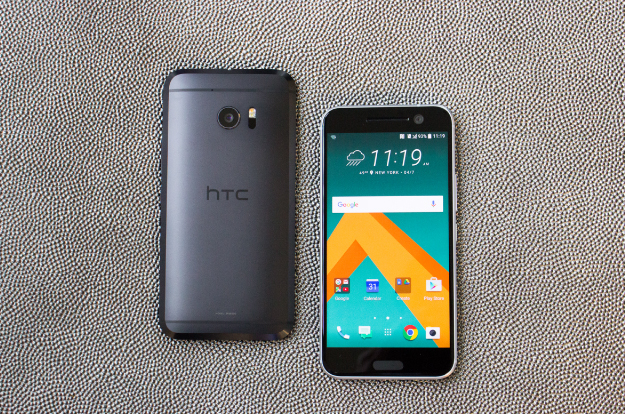 The HTC 10 is a beautiful, extremely well-built smartphone. It can be bought unlocked, which means you won’t find annoying bloatware on the 10. 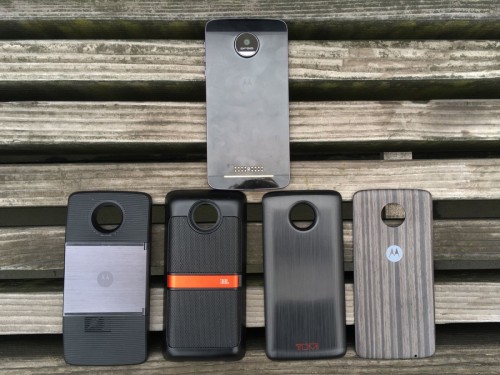 The regular Z model is one of the thinnest phones we’ve held, and it’s gorgeous. We also love the fact that it runs a near-pure version of Android.

The Moto Z also supports different modules that can attach to the back of the phone to give it new and better functionality. For example, you can attach a speaker module for better sound, or a projector module to project videos on a nearby wall.

The Moto Z should work with most carriers. The Moto Z Force model is a Verizon exclusive that’s currently available for a pricey $720.

Compared with the regular Z model, it has an extra strong screen that Motorola claims is shatterproof, as well as a larger battery. 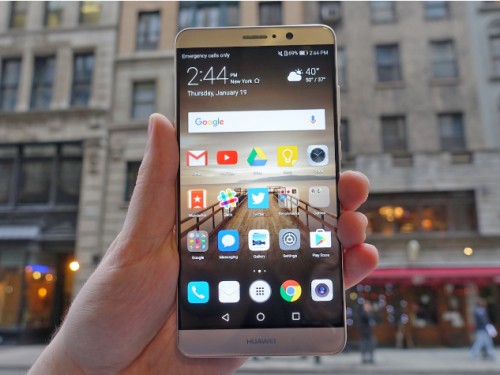 The Huawei Mate 9 boasts a huge 5.9-inch display and great battery life, thanks to its larger-than-average battery.

It’s also one of the fastest Android phones you can buy at the moment, and Huawei’s own layer of software that runs on top of Android largely maintains the pure Android look that we prefer.

The Mate 9 features a dual camera that helps create depth-of-field effects — blurry backgrounds — otherwise known as “bokeh,” which the iPhone 7 Plus also has.

It’s not water-resistant like Samsung’s Galaxy S7 or Apple’s iPhone 7, but for $600, Huawei’s Mate 9 makes a strong case for a place in your pocket. 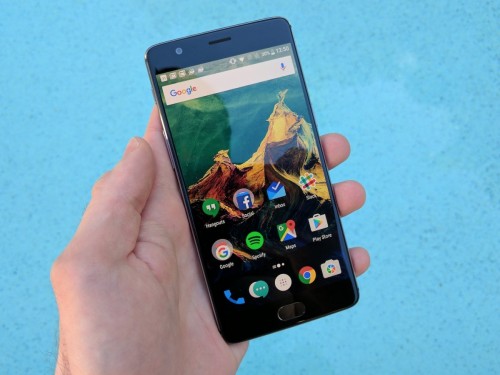 The good news is that OnePlus 3 owners need not feel left out, as the OnePlus 3T isn’t much of an upgrade.

The changes include a slightly faster processor (Snapdragon 820 versus the 821), a slightly larger battery, a 16-megapixel front camera (versus 8-megapixel), better stabilization for video, and a darker color option.

However, the new front camera with more megapixels seems to do the opposite of what it was intended by taking blurrier selfies than its predecessor’s 8-megapixel front camera. 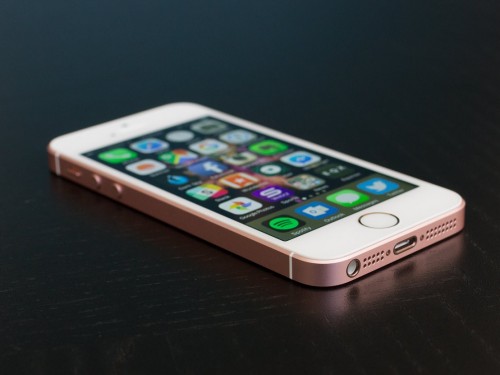 The iPhone SE, with its 4-inch screen, is the best small-form smartphone you can buy at the moment. You get all the best apps, ecosystem, support, and the same performance as the iPhone 6S for a relatively low $400 price tag.

It also comes with Apple Pay, among other premium features like Live Photos and a fingerprint sensor — not to mention great battery life. 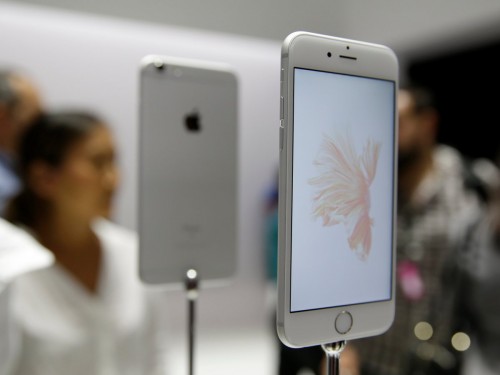 The iPhone 6S is also a great deal, as you still get the premium Apple experience for $100 less than the new iPhone 7.

In addition to getting beautiful hardware, iPhone owners are guaranteed to always get the best apps first from third-party developers and reliable software updates with the latest and greatest features from Apple. 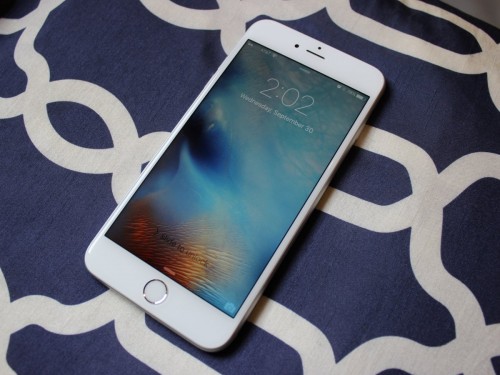 Fine, you don’t get all of the latest features that the iPhone 7 Plus has, like water resistance or that fancy dual-lens camera, but the iPhone 6S Plus is no slouch. It runs on the powerful A9 chip and has features like 3D Touch, which can detect how hard you press on the screen and open up a new layer of controls for your apps.

It also has an incredibly fast fingerprint sensor, as well as Live Photos, which let you capture a three-second video with audio when you press the shutter button. 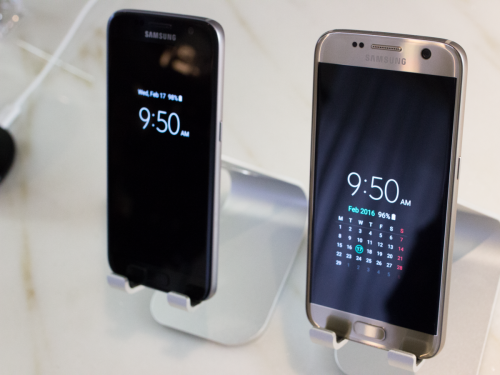 The Galaxy S7 is a beautifully designed smartphone that sports the best camera we’ve seen on a smartphone, even beating the iPhone 7 Plus. It’s also powerful, and its water resistance rests your worries of accidental water damage.

You also get Samsung Pay, which works with almost any payment terminal in any store — something the iPhone’s Apple Pay can’t do. (Note: This is not the same phone as the Galaxy Note 7, which was recalled after reports that the batteries exploded.)

You can get it pretty cheaply this month, but Samsung is expected to release the Galaxy S8 soon, with rumors pointing to a March launch date.

Samsung will announce its new Galaxy S8 on March 29. You’re betting off waiting if you want the latest and greatest from Samsung. 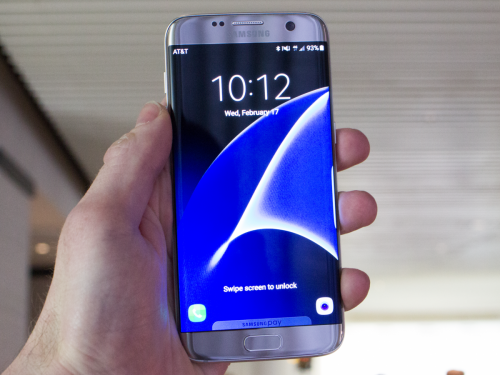 The Galaxy S7 Edge has a bigger 5.5-inch display and larger battery than the regular Galaxy S7 while retaining the same features: water resistance, a microSD card slot for expandable storage, and Samsung Pay.

You can get it pretty cheaply this month, but Samsung is expected to release the Galaxy S8 soon, with rumors pointing to a March launch date.

Samsung will announce its new Galaxy S8 on March 29. You’re betting off waiting if you want the latest and greatest from Samsung. 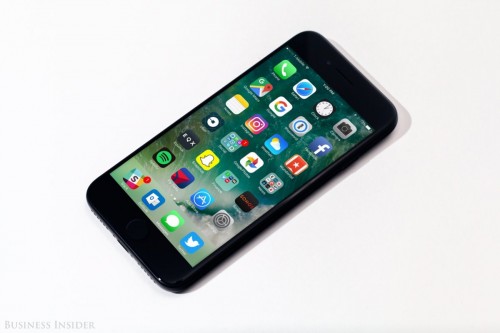 Without a doubt, the iPhone 7 brings the best apps and ecosystem to its users. And by ecosystem, we mean the support you get from Apple if something goes wrong, as well as getting the latest software updates straight from Apple.

The hardware also got a few improvements over the iPhone 6S, like water resistance, a camera that performs better in low light, a more powerful processor, and even redesigned antenna bands. 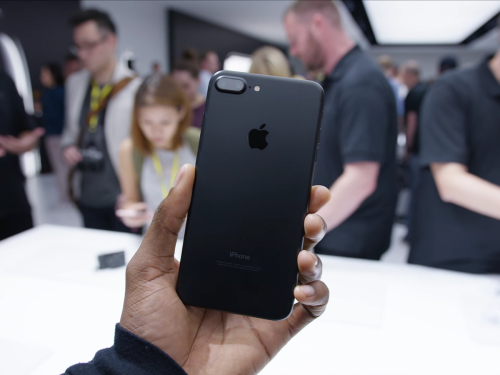 It lets you take pictures with a professional-looking “bokeh” effect, in which the background is blurry in contrast to the subject. The second lens is also a telephoto lens that achieves 2x optical zoom, which means it zooms into subjects without sacrificing picture quality like digital zoom does on most smartphone cameras. 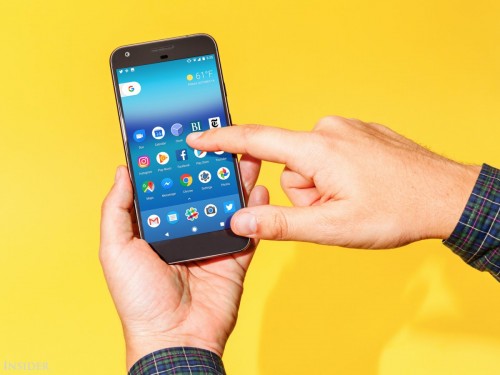 The new Pixels are Google’s first smartphones — the company took more control over the hardware than it did with its earlier line of Nexus devices.

What you get is a sleek-looking aluminum phone with a stylish glass panel on the back that cleverly offers grip for your index finger. The Pixel XL’s camera holds its own against the iPhone 7 Plus and Samsung Galaxy S7, too, and its HDR mode adjusts your photos to look amazing.

Google’s Pixel XL, the larger model with a 5.5-inch screen, shares the same specs as its smaller sibling, the Pixel. Yet the XL doesn’t offer more features that help justify its higher price tag like the iPhone 7 Plus does — it’s just a larger Pixel, 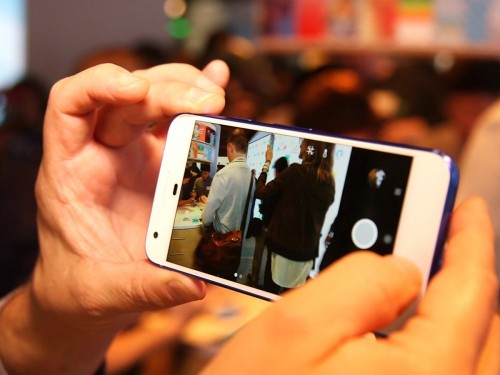 It’s also a superior phone overall to our previous top pick, the iPhone 7 Plus. It has a better screen, is lighter, and has useful features like fast charging.

The Pixel runs on the powerful and power-efficient Snapdragon 821 and 4 GB of RAM, and it has an excellent 12.3-megapixel camera that holds its own against the iPhone 7 Plus and Samsung Galaxy S7.