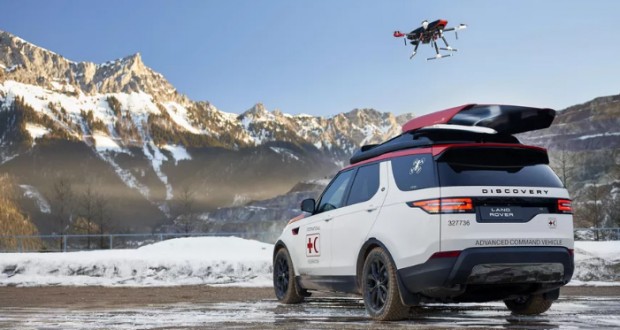 Land Rover has created an unusual version of its Discovery, featuring a quadcopter drone that launches from the top of the SUV, Joinfo.com reports with reference to The Verge.

The drone even takes off and lands while the vehicle is moving, and it’s designed primarily for search and rescue missions. The Austrian Red Cross is actively deploying the new Land Rover “Project Hero” vehicles, and trialing the drone.

The car is custom-made by Land Rover’s Special Vehicle Operations (SVO) unit, based on the 3.0-litre TD6 engine-powered version of the new Land Rover Discovery. A new magnetic retention and self-centering system is being implemented so the drone can land on the roof while the car speeds along. The Red Cross plans to transmit live footage from the drone to help respond quickly to landslides, earthquakes, floods, and avalanches. 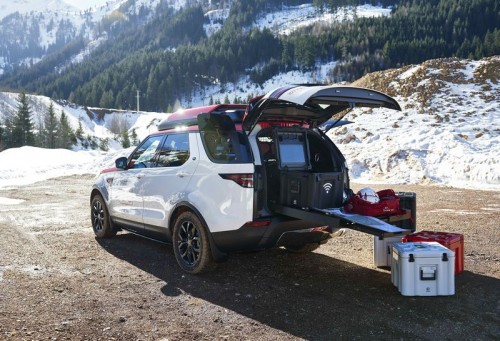 Land Rover isn’t the only car manufacturer experimenting with drones. Ford wants to launch drones from self-driving vans for deliveries, and Renault has dreamed up concept cars that launch drones to assess gridlock or warn drivers of dangers on the road ahead. UPS even has a delivery truck that can launch a drone. Unfortunately, you won’t be able to purchase this particular custom Land Rover Discovery, so you’re not going to be supplying drone footage of your slow morning commute to your boss just yet.