Supersonic Planes Are Mounting a Comeback—Without That Earth-Shaking Boom

Shares
Lockheed Martin and startups backed by Airbus and Virgin Galactic see a day when you’ll fly from New York to Los Angeles in about two hours. 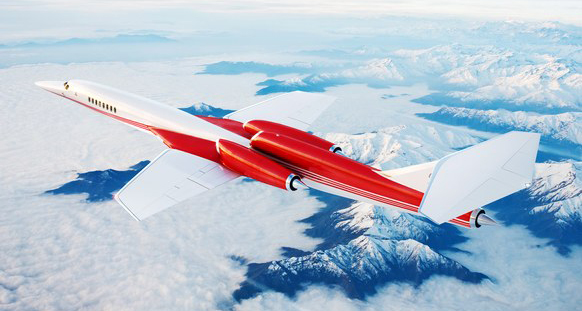 Two things explain why you aren’t jetting across the country at the speed of sound: cost, and noise. Forty-eight years after the Concorde made its first flight, supersonic commercial aircraft remain enormously complex and prohibitively expensive. They also generate an inevitable sonic boom so disruptive that Congress banned the Concorde from overland routes.

But advancements in materials and aerodynamics, coupled with an industry embrace of business jets, could see commercial aircraft achieving Mach 1 or better within a decade, according to Wired.

Big names like Lockheed Martin and startups backed by Airbus and Virgin Galactic see a day when you’ll fly from New York to Los Angeles in about two hours.

“It represents a shrinking of the world, just as the transcontinental railroad and subsonic aviation did before it,” says Samuel Hammond, a policy analyst at the Niskanen Center who co-wrote a recent study on the viability of supersonic transportation for the Mercatus Center at George Mason University. “But it also stands to reverse a four-decade innovation stagnation in aviation.”

Hammond’s study found a potential market for 450 supersonic aircraft, and notes that the technology to build them is within reach (NASA certainly thinks so)—assuming the FAA eases restriction on overland flights, which account for 75 percent of commercial air travel. But a move in that direction would mark a departure for an industry that favors incremental improvements in fuel efficiency and noise reduction, not speed.

Commercial aircraft aren’t much faster than they were when construction of Concorde prototypes started in 1965. Even the Boeing 787 and Airbus A380 flagships top out at 560 mph and cross the Atlantic in about seven hours, compared to the Concorde’s three. But the aeronautical advances that make the 787 20 percent more fuel efficient than similar jets could hasten the return of supersonic air travel. “Aircraft engineering has significantly improved since the time when the Concorde was flying,” Hammond’s report notes. “With lighter materials, more efficient engines, better computer modeling, and more experience, it is more than possible to create an aircraft today that is both faster and more affordable than the Concorde.”

Still, modeling, composites, and aero tweaks only go so far. “Until these teams talk specifics about engines, these are just drawings,” says aerospace analyst Richard Aboulafia. “With any aircraft, engines are the key enablers, not airframes.” Simply put, no one produces commercial engines capable of sustained supersonic flight. Even if such engines existed, the startups entering this field have no experience building airplanes or navigating labyrinthine aircraft regulations. “They’re partnering with existing aircraft contractors for R&D and marketing, not actual manufacturing,” Aboulafia says, “and the big manufacturers aren’t famous for adopting other people’s designs.”

Building a commercial supersonic aircraft stymied Boeing and the Russian firm Tupolev, both of which scuttled their programs in the 1970s. Aérospatiale and the British Aircraft Corporation invested $1.5 billion in the Concorde program by the time it made its first commercial flight in 1976, and the planes cost $28 million apiece in 1977. The French-British consortium built 20 planes between 1965 and 1979 (14 saw commercial duty), and the airplane made its last flight in 2000.

But the dream remains, and engineers continue addressing impediments to its adoption, starting with noise. Any object that exceeds the speed of sound inevitably produces a sonic boom. The Lockheed team developing the Quiet Supersonic Technology X-plane believes greater streamlining can all but eliminate the boom. The idea is to create a sleeker shape that distributes the shockwaves over a broader area, and add lifting surfaces like a canard, stabilator, and T-tail to further minimize impact points between the airframe and the air, creating fewer shockwaves, says project manager Peter Iosifidis. Ditching the cockpit canopy in favor of an electronic vision system eliminates another boom point.

Flying at Mach 1.4 at 55,000 feet—about 924 mph—would create only a mild thump barely heard on the ground, he says. Lockheed recently started wind-tunnel testing a model of the airplane at NASA’s Glenn Research Center in Cleveland, Ohio. Iosifidis won’t have any results for a few months but expects to see a flying prototype by 2023.

Spike Aerospace and Aerion Corporation, a startup enjoying engineering and design help from Airbus, also are testing designs. Both companies expect to design aircraft with room for 18 passengers. The Spike S-512, capable of Mach 1.6, sports a windowless twin-engine design with panoramic interior displays of the view outside. The Aerion AS2 incorporates dynamic curves along the fuselage to optimize aerodynamics and three engines. The company claims the jet will achieve Mach 1.4, and the private jet service Flexjet placed an order for 20 of them in 2015.

The two companies hope to see their planes flying by 2023, an ambitious timeline to be sure. Even if their designs minimize, if not eliminate, the racket associated with supersonic flight, the US government must lift its ban on overland commercial flights.

Blake Scholl, CEO of Boom, isn’t waiting for that. Rather than going to the time and trouble of reducing the sonic boom, the company is developing a 40-seat business jet for trans-oceanic flights at around Mach 2.2 (about 1,450 mph at 50,000 feet). That creates its own problems, not the least of which is making ticket prices competitive with conventional business-class seats. Solving that problem may be almost as tricky as minimizing the sonic boom. Supersonic jets require almost military-levels of engineering and complex aerodynamics that minimize drag at high speed but generate enough lift to stay aloft at low speeds. The airframe must be robust enough to withstand the heat and stress of flight, light enough to maximize fuel efficiency, and easy enough to use to facilitate quick turnaround at an airport. 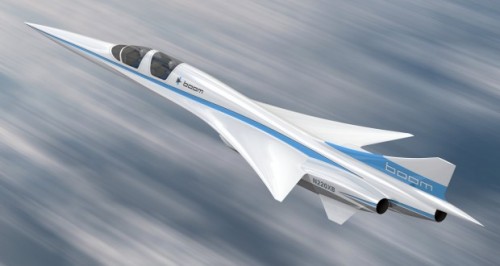 Scholl says his group’s 170-foot aircraft—a bit shorter than an Airbus A330 airliner—will feature a low-drag fuselage, composite construction, and engines efficient enough to generate supersonic speeds without afterburners. “Carbon fiber composites, aerodynamics, and propulsion strategies that are efficient enough [will] help us reach that level of operating cost,” he says.

Boom plans to fly a 1/3-scale, two-seat prototype this year, a full-size prototype by 2020, and passenger flights also by 2023. Richard Branson of the Virgin Group expressed enough confidence in Scholl’s pitch that he ordered the first 10 airplanes and offered to provide engineering support from Virgin Galactic. With Branson aboard, you may yet fly faster than the speed of sound.