New LiFi could be the answer to your WiFi woes

Shares
Your WiFi could soon be 100 times faster by using rays of infrared light. 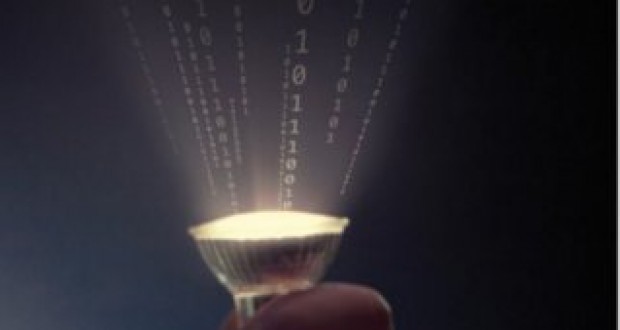 Staring at a swirling loading symbol could be a thing of the past as experts develop a way for multiple people to use the internet without affecting the speed. It’s called LiFi and relies on central ‘light antennas’ to beam rays of different wavelengths to multiple wireless devices. And it could be available in the next five years, Joinfo.com reports with reference to Metro.

Researchers at Eindhoven University of Technology claim the new system has a huge capacity of more than 40Gbps (gigabit per second) per ray.

The technology relies on rays of light from an optical fiber and would require no power to run it. 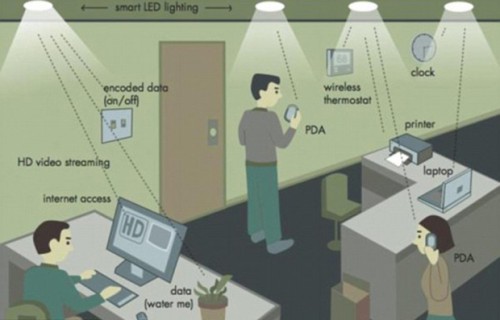 Then antennas, scattered around an area, will beam light rays (the internet signal) at different wavelengths and angles.

So if you move out of one direct beam another will take its place, so you don’t lose any bars.

And when you want to add another device, all you have to do is assign it to a different wavelength – that way you’re not cramming everyone onto one signal.

Current WiFi systems reply on radio signals with a frequency of just 2.5 to 5 gigahertz, but the light rays can achieve much higher frequencies of 200 terahertz (that’s super fast).

The best system available today can achieve a total of 300 Mbit/s, which is 100 times less than the speed of the LiFi.

Professor of broadband communication technology, Ton Koonen, said research is still underway but it could be on the market in five years’ time.

According to a recent report presented by Orbis Research, the Global Li-Fi market is estimated to worth US$ 80 billion in 2021.