Shares
In the world of Hyperloop, the race is on to see who can produce the first viable commercial system. 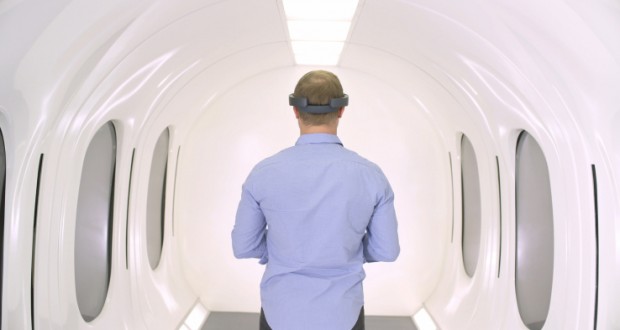 Hyperloop Transportation Technologies on Tuesday announced a key move in its own progress toward that goal: It has begun construction on its first full-scale passenger capsule, to be completed and revealed in 2018, Joinfo.com reports with reference to TechCrunch.

The capsule’s not just being built to show that HTT can make it a real thing; it’s destined for use in a commercial system that the company says it’ll announce soon, one sprung from its many negotiations ongoing with various potential clients, which also include feasibility studies to help find out where in the world it makes the most sense to build a real Hyperloop capable of transporting people at very high speeds over great distances down a near-vacuum tube.

The new HTT passenger capsule will still undergo final “integration and optimization” at the company’s research and development facility in Toulouse, France before delivery to the still-unspecified customer. It’s being made for HTT by construction partner Carbures S.A., a firm that builds parts and whole systems for use in aeronautics, defense, space and more.

The new capsule will run around 100 feet long, with a 9-foot diameter and a total weight of 20 tons. It can fit between 28 and 40 passengers inside, depending on desired configuration, and can travel at speeds of up to 760 MPH. HTT’s CEO Dirk Ahlborn said in a statement that the company is focused on a “passenger first approach to guarantee that safety” is always the company’s first concern, hence why it’s begun construction on the people pod so early in its progress toward building its first commercial product.

For manufacturing partner Carbures, this is probably an extremely interesting and unique engineering project, where it can test its considerable aerospace engineering expertise and experience. A Hyperloop systems is, in many ways, a ground-level airplane: both are capsules designed to travel through extremely low-pressure environments, taking advantage of reduced friction to achieve very high speeds.

HTT has agreements with Abu Dhabi, Slovakia and the Czech Republic regarding potential Hyperloop system installations. The company’s main rival, Hyperloop One, is setting its sights on a commercial cargo transportation system between Abu Dhabi and Dubai as its first full-scale client project.