Shares
Intel’s new Optane memory is, according to Intel, an entirely new type of computer memory. 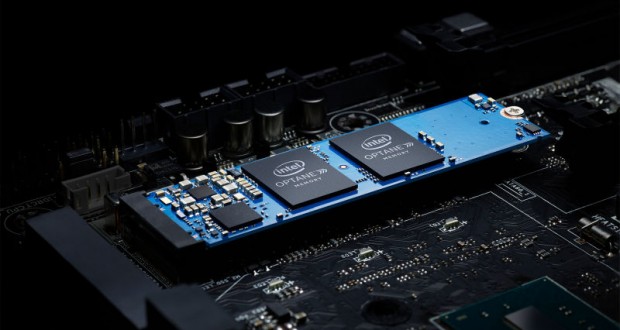 For a decade now, one of the biggest factors in choosing a computer has been the choice between traditional hard drive and solid state drive. The former is cheap, bulky, and slow. The latter is expensive, light, and fast. There has been zero middle ground. You’ve had to compromise between price and speed. But Intel’s hoping to eradicate that compromise with its new Intel Optane Memory. According to Intel, installing this single memory stick in your computer could supercharge even the slowest hard drive and give you the SSD’s best feature: speed, according to Gizmodo.

I should be recalled that Random Access Memory (RAM) is one part of a computer’s speed equation. DRAM—those sticks of memory you pop in your computer—stores regularly addressed information and feeds it to the processor. More memory means more data stored means a faster computer. But RAM only stores info as long as the program is open, and it is volatile—which means it forgets everything as soon as you power the computer off. That means it can’t learn your habits to speed up the launch of programs you use the most and it will never affect how quickly your computer boots up.

Non-volatile memory—like the NAND memory at the heart of solid state drives, your iPhone, and any other storage device that doesn’t have a bunch of moving parts in the hard drive—remembers everything when the computer is powered off. Only it’s much slower, and much more expensive. So it’s great for storing all your music photos, and even your operating system, but it is impossible to use in the traditional “computer memory” mode. You’ll never use NAND memory as you would DRAM.

Intel’s new Optane memory is, according to Intel, an entirely new type of computer memory. It’s based on the 3D Xpoint memory architecture Intel announced back in July 2015. It’s as fast as the DRAM memory found in every computer used today, but as stable as the NAND memory found in the SSDs central to most of your pricier laptops.

Intel Senior Vice President Navin Shenoy claims “this is the biggest advance in memory in decades.” Which sounds like absolute hokum, until you consider that 3D Xpoint architecture Optane is based on. A non-volatile version of DRAM has been a goal for computer engineers since almost the instant DRAM was invented. While it might not be the biggest advance in computer memory (NAND is itself impressive). 3D Xpoint-based memory is still a big fucking deal.

And according to Intel, when its slotted into a computer alongside DRAM it speeds that computer up incredibly—giving you the kind of benefits traditionally only seen when you used a solid state drive. Intel claims computers power on twice as fast as they would without Optane, browsers launch five times faster, and games can launch up to 67 percent faster.

Intel Optane memory works as a kind of supercharger for a computer’s storage system. It doesn’t replace any components already in a computer, instead it’s an add-on, clipped into the motherboard. In a computer’s processes it sits between the hard drive and the processor—remembering regularly accessed data, like RAM might, but retaining that information even when a program is closed or the computer is turned off.

Yet it isn’t necessary to the function of the computer. If it fails, it’s not catastrophic, like the failure of a hard drive. You can’t lose data from it’s failure. Instead you’d just pull the bust Optane stick out and keep on computer, albeit, according to Intel, more more slowly than with Optane in.

Currently Optane memory will only be available for desktop computers with Kaby Lake processors and “Optane memory ready” motherboards (check the documentation for your motherboard to confirm). So you current computer is unlike to enjoy the benefits Intel claims.

But Intel is also extremely serious about this tech. Nearly every new motherboard built for Kaby Lake and above will have a slot for Optane memory, and you can expect Optane to start appearing in laptops later this year.

For people who currently own a computer that’s Optane memory ready, it will fit into the M.2 slot on your motherboard—the same one currently used by the fastest solid state drives available, and as with DRAM memory, more is better. Optane memory will come in two sizes when it goes on sale April 24: 16GB ($44) and 32GB ($77).

Intel does insist that Optane memory will work with any internal storage though. While Intel’s flashy benchmark results were from testing a traditional hard drive versus a hard drive and Optane memory chip, Intel says Optane will boost the speed SSDs and M.2 SSDs too.

Unfortunately, the only benchmarks of Optane memory currently available are from Intel itself. So we can’t confirm just how dramatic the speed increases actually are. But we’ll definitely be performing our own tests of Optane memory closer to its April 24 launch date.