Singapore to use robot security guards to patrol premises soon 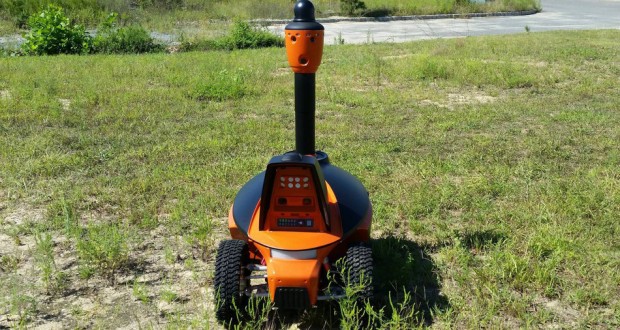 The 1.6m-tall robots have five cameras on its long neck, two front cameras, and four wheels. The robot can also record licence plates, as well as a 360-degree view of surrounding activities from up to 10 meters (32 feet) away, Joinfo.com reports with reference to Mashable.

It’ll also send alerts if it detects abnormalities like fire or loud sounds.

These robots are made by San Francisco-based SMP Robotics. The bots are designed to withstand Singapore’s tropical climate, high heat, and humidity levels.

Robocop? Are robots the answer to Singapore’s security guard shortage? @MKotwaniCNA checks one out https://t.co/M2BwUg7jWt pic.twitter.com/jOHJ2lNgpl

Ademco is hoping the robots will help offer an additional resource to its roster of human guards.

And unlike humans, these robots do not tire.

Security staff patrol seven to eight times every 12 hours, he said. “If I were to do a patrol 10 times a day, at some point, my ability to focus and concentrate, [to] try to identify abnormalities…is going to deteriorate.”

Perhaps more importantly, robot officers won’t suffer from high turnover rates. With the long hours, Singapore is facing a shortage of security guards. In a 2014 report by the Straits Times, it’s estimated that the country needed about 10,000 more guards, and security companies had to look to hiring personnel from Taiwan for armed auxiliary security services.

Ademco’s main competitor, Certis Cisco, said that it was also keen to use autonomous bots, but didn’t say if it would roll out a similar service.