Shares
A Russian tech company teamed up with a military research agency to create a killer robot armed with two handguns that has left the internet terrified. 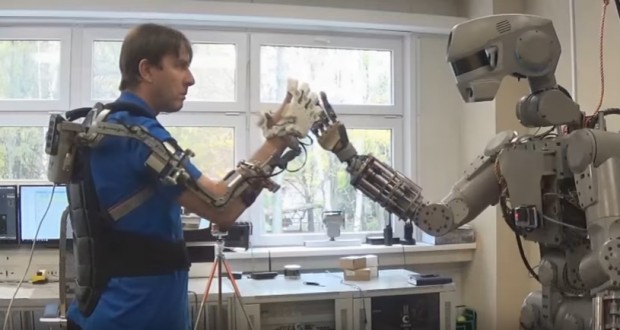 “FEDOR was designed as an android able to replace humans in high-risk areas, such as rescue operations,” Andrey Grigoriev, director of Russia’s Advanced Research Fund, said. 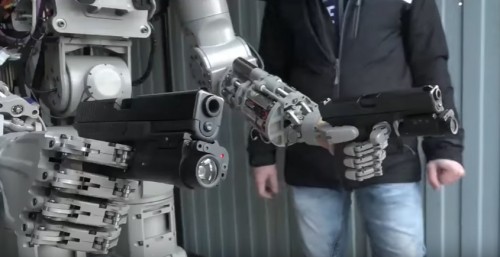 “For this purpose, it was necessary to teach him to work independently in an urban environment, navigate the terrain, drive a car, to handle special tools, first aid and other actions.”

“Shooting exercises is a method of teaching the robot to set priorities and make instant decisions. We are creating AI, not Terminator,” wrote Rogozin.

But some viewers remained unconvinced.

“If we go to war with Russia I’m packing a crowbar and a screwdriver.”

Another said: “In a few years the robots will annihilate us. Welcome Terminator.”

The news comes as tensions in east Asia continue to rise, with president Vladimir Putin reportedly deploying tanks headed for the Korean peninsula.