Shares
During an onstage interview at the TED 2017 conference, Elon Musk defended his presence on President Trump's economic advisory council — a controversial move for the Tesla CEO, especially in the eyes of progressive activists. 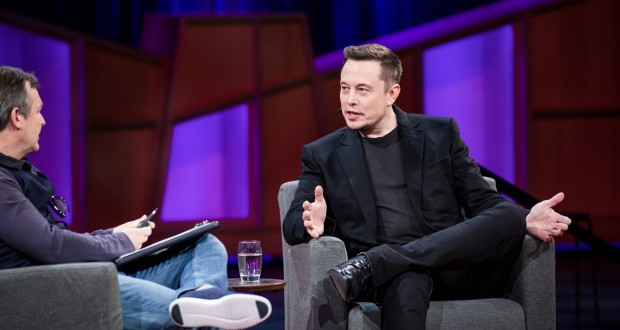 The council, which meets every month or two, discusses a range of issues, and Musk says he brings something unique to the table, according to Business Insider.

“In the meetings I’ve had thus far, I’ve argued in favor of immigration and in favor of climate change,” he told TED curator Chris Anderson onstage.  “That wasn’t on the agenda before. Maybe nothing will happen, but at least the words were said.”

Musk discussed a wide range of topics during the 30-minute interview, including his new tunnel boring company (the Boring Company), SpaceX, Tesla, flying cars, and the reason why he wants to see a city on Mars.

“It’s important to have a future that’s inspiring and appealing. There have to be reasons you get up in the morning and want to live,” he said. “If the future does not include being out there among the stars and being a multi-planet species, I find that incredibly depressing.”