Home / Tech / Fan finds StarCraft source code, returns it, and then this happens

Fan finds StarCraft source code, returns it, and then this happens

Shares
It's one hell of a way to get to go to BlizzCon. 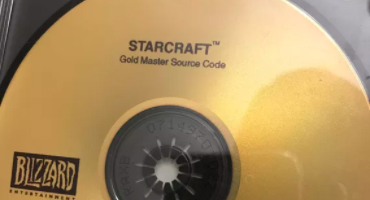 According to Cnet, Reddit user Khemist49 last month found in a “box full of Blizzard stuff” that he bought a gold master source code disk of the original 1998 StarCraft, from eBay, which would allow a software engineer to change the content of the game. Not sure what to do, he posted it on Reddit and received all kinds of suggestions, including making the content of the disk freely available to everyone.

After days of painful deliberation, he decided to play it safe. He contacted Blizzard directly and returned the disk to its rightful owner. In return, Blizzard offered him a copy of the company’s latest game, Overwatch, and $250 in Blizzard store credit. And that would have totally been worth his trouble.

Or so he thought.

According to his latest post, he later received another call from Blizzard, thanking him for having returned the disk and asking him if he had ever heard of BlizzCon, the company’s annual convention. Khemist49 said of course — but it was impossible for him to go considering he lives on the east coast and “the badges are always sold out before you can refresh the page.” The Blizzard employee told him, “Well, the reason we are calling you is to invite you to BlizzCon, all expenses paid, and we would love to take you out for drinks.”

“We can confirm that a Blizzard fan managed to get their hands on a real copy of the StarCraft source code, and fortunately, this person was gracious enough to return the disc to us,” a Blizzard spokesperson said in a statement. “We wanted to show an appropriate level of appreciation to the player for doing the right thing, not just from Blizzard, but on behalf of the large and active community of players who still enjoy StarCraft today.”