Home / Tech / This New Material Is Set to Revolutionize Electronics

This New Material Is Set to Revolutionize Electronics

Shares
Researchers at the University of Minnesota have created a new transparent, conductive material that could revolutionize how we build electronic devices and solar cells. 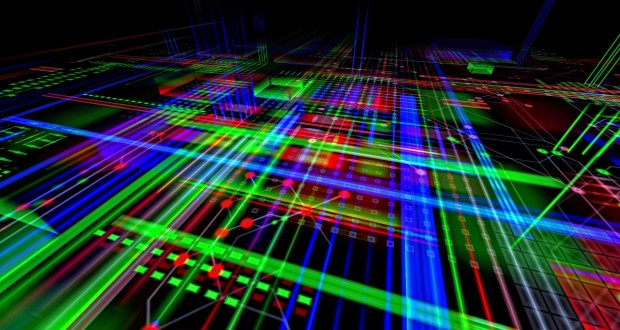 Researchers at the University of Minnesota have discovered a new material that could change technology as we know it. This nano-scale, thin-film material is transparent and extremely conductive, Joinfo.com reports with reference to Futurism.

Many common electronics, like smartphones and solar cells, use transparent conductors. However, these conductors often use the chemical indium, which continues to be more and more expensive.

To create a cost-effective alternative, scientists grew a thin film using barium, oxygen, and a unique chemical precursor of tin. These materials are far cheaper than indium and increase the material’s ability to react chemically.

“We were quite surprised at how well this unconventional approach worked the very first time we used the tin chemical precursor,” said Abhinav Prakash, first author of the study, in an interview for a University of Minnesota press release. “It was a big risk, but it was quite a big breakthrough for us.”

The study that led to this development was recently published in Nature Communications.

This material isn’t simply the product of inventive scientists. It could be the future of most modern technologies. As solar power becomes an increasingly major source of energy, solar cells will need continued updating. This new material might be a great way to take solar power to the next level — cutting costs and increasing efficiency.

Currently, a huge percentage of our personal devices, like laptops, smartphones, etc., use technology that could be replaced by this material. And, because of its high conductivity, the material could one day allow us to build smaller, faster, more powerful devices.

As technology rapidly advances and the need for more efficient and less expensive solar cells increases, this material could allow alternative energy sources to become even more competitive than fossil fuels and drastically improve our electronic devices.

See also: A Material That Can Turn Light, Heat, And Movement Into Electricity All At Once.