Shares
Maybe a summer launch will happen after all 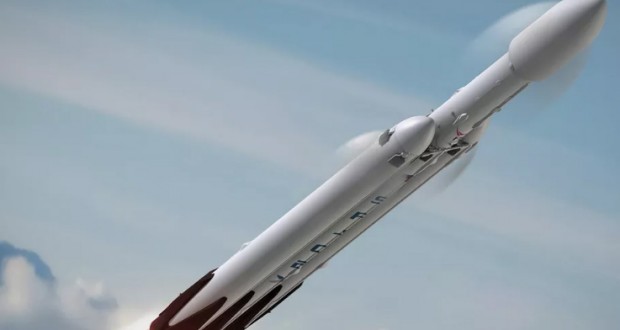 SpaceX has been promising to fly its next big rocket, the Falcon Heavy, for about four years now — but in a new video released Tuesday, the company revealed the vehicle may be finally getting ready for its maiden voyage, according to The Verge.

The video shows the Falcon Heavy’s main core going through its first major static fire test, which ignites the booster’s engines while the vehicle is strapped down. The test was conducted at SpaceX’s test site and development facility in McGregor, Texas, last week, ahead of a planned late-summer launch.

The Falcon Heavy is basically a souped-up version of SpaceX’s flagship Falcon 9 rocket, roughly consisting of three Falcon 9 cores strapped together. It’s this trio of boosters that will give the Falcon Heavy even more thrust than the Falcon 9, allowing the larger rocket to carry more than 140,000 pounds into lower Earth orbit and even 37,000 pounds on to Mars.

The alterations are needed to help support the addition of outer cores. So while the Falcon Heavy’s core is very similar to the Falcon 9, it’s still slightly different, and this seems to be the first major test of the core that’s going to fly. Of course, the main engines and fuel tanks are basically the same as those in the Falcon 9, so it’s not that radical of a test.

Still it’s good news for SpaceX fans who have been waiting to see the Falcon Heavy fly for a while now. Musk first said in 2011 that the Falcon Heavy would make its debut in 2013. But schedule delays and a few accidents have forced the company to push back the vehicle’s inaugural flight.

Right now, SpaceX is targeting a launch at the end of the summer from Launch Pad 39A, a historic site at NASA’s Kennedy Space Center in Cape Canaveral, Florida, that was used to send the first people to the Moon. The fact that SpaceX is finally testing the main booster needed for the rocket is a positive sign that the launch may happen as (currently) planned.