Tesla’s Solar Roof Pricing Is “Better Than Everyone Expected”

Shares
Tesla Inc. has begun taking $1,000 deposits for its remarkable solar roof tiles—to be delivered this summer at a price point that could expand the U.S. solar market. 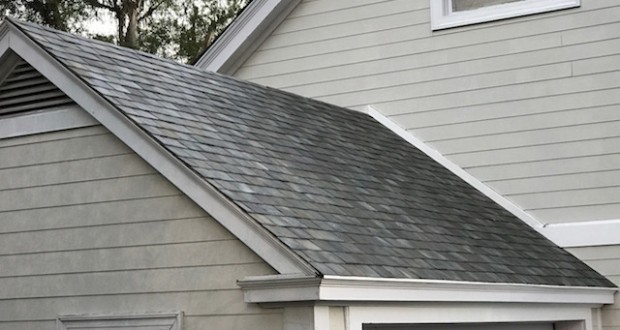 Tesla will begin with production of two of the four styles it unveiled in October: a smooth glass and a textured glass tile. 1 Roofing a 2,000 square-foot home in New York state—with 40 percent coverage of active solar tiles and battery backup for night-time use—would cost about $50,000 after federal tax credits and generate $64,000 in energy over 30 years, according to Tesla’s website calculator, Joinfo.com reports with reference to Bloomberg.

“The pricing is better than I expected, better than everyone expected,” said Hugh Bromley, a solar analyst at Bloomberg New Energy Finance who had been skeptical about the potential market impact of the new product. Tesla’s cost for active solar tiles is about $42 per square foot, “significantly below” BNEF’s prior estimate of $68 per square foot, Bromley said. Inactive tiles will cost $11 per square foot. 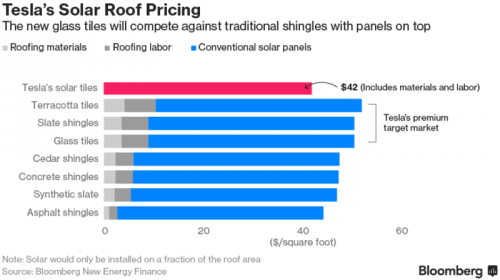 The vision Musk describes with the solar roof is the grand unification of Tesla’s clean-energy ambitions, combining solar power, batteries, and electric cars. “These are really the three legs of the stool for a sustainable energy future,” Musk said. “Solar power going to a stationary battery pack so you have power at night, and then charging an electric vehicle … you can scale that to all the world’s demand.”

The rooftop shingles are virtually indistinguishable from traditional high-end roofing products, with discreet solar cells embedded beneath a glass surface. From most viewing angles, they look just like ordinary shingles, but they allow light to pass through from above onto a standard flat solar cell. 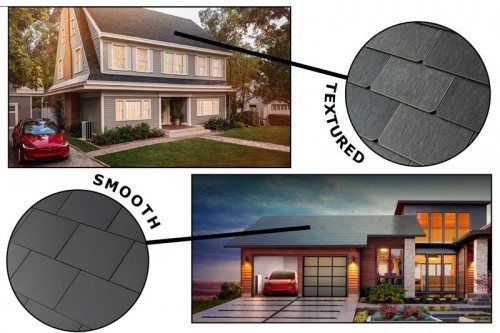 Tesla is going after an Apple Store strategy for solar power after acquiring SolarCity Corp. last year for $2 billion. Tesla has halted door-to-door sales of solar panels and begun testing solar sales in its auto stores. Initial trials found the new strategy was 50 to 100 percent more effective than at the best non-Tesla locations selling SolarCity products. Over the next six months, more than 70 stores will be staffed for solar sales.

Production will begin at Tesla’s Fremont solar plant in California and then shift to its new factory in Buffalo, New York, with additional investments from Tesla’s partner, Panasonic. Musk said initial sales will be limited by manufacturing capacity as the company ramps up its production volumes.

Tesla released a tool on its website, where U.S. homeowners can estimate the total cost and lifetime savings of adding the solar roof and backup batteries. The total cost of installation, ownership, and electricity savings will be lower than comparable solar setups. However, for many homes the initial cost of the roof remains considerable.

Here is also a great update from Understandsolar on Tesla’s tiles cost compared to the regular solar panels.

A Tesla solar roof will also lose some of the energy-generating density of a traditional panel, because the cells must be spaced farther apart to account for the edges of the tiles, BNEF’s Bromley said. Therefore, the percentage of the roof that will be covered by active solar cells will be higher, as will the total cost of the roof. All told, a traditional solar setup might be 30 percent cheaper than a Tesla roof, he said, but Tesla’s will look better and come with a lifetime warranty. “A 30 percent premium could well be acceptable.”

“It is the most affordable roof you can buy, all things considered,” said Peter Rive, co-founder of Tesla’s recently acquired SolarCity division.

The tempered glass in Tesla’s tiles is designed to conform to the toughest durability standards for both roofs and solar products anywhere in the U.S., according to Tesla. The roof itself is guaranteed to outlive your home, while the power production of the solar cells is covered under a 30 year warranty.

Tesla will manage the entire process of solar roof installation, including removal of existing roofs, design, permits, installation and maintenance. The company estimates that installation will take about a week.