Home / Tech / Ukrainian children are planning a settlement of the future at the NASA contest. Vote for their project!

Ukrainian children are planning a settlement of the future at the NASA contest. Vote for their project!

Shares
The number of locations in Ukraine of the world's largest hackaton NASA Space Apps has doubled - Odessa and Dnipro have joined Kyiv and Kropyvnytskyi. 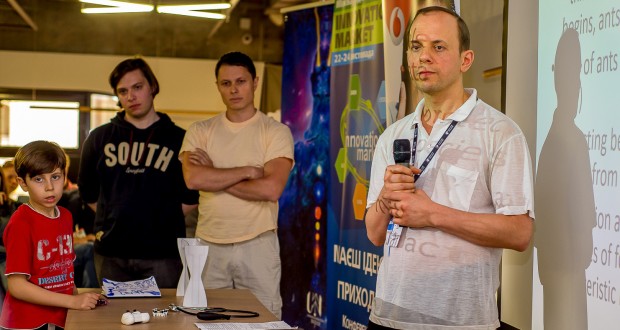 The world’s largest hackaton NASA Space Apps is over. Ukraine can be proud that the number of locations has doubled – Odessa and Dnipro have joined Kyiv and Kropyvnytskyi. Odessa winners are the youngest team in Ukraine and possibly even at the global NASA hackathon. it is worthwhile to vote for them here – read their impressive answers to our questions and watch the video! Voting is simple as described below.

Last year, UkraineIS NGO ranked second in the People’s Choice category and helped the MarsHopper team win globally. Then at the Uatronica-Industry 4.0 conference, hosted by UkraineIS, MarsHopper leader Andrii Muzychenko, was watching a spacecraft launch together with the participants live from Cape Canaveral. 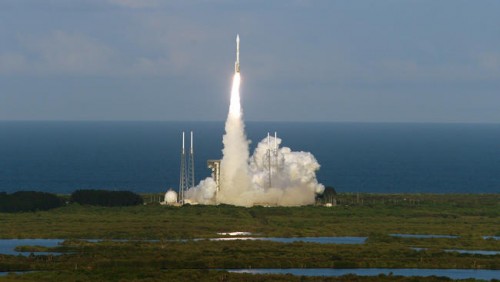 This inspired the participants of three projects, presented at the UkraineIS conference, to the victories in major competitions. The team of Sergiy Vakarin and Oleksiy Planida won the People’s Choice award at the largest European hackathon Media Hack Weekend 2016, and also successfully performed this year in the finals of the NASA contest in Kyiv. The team of Igor Zakutynsky won in two hackatons – Golden Byte and AgTech Ukraine. But the main surprise was the victory of the SINCE TV / Maze project participants at the NASA contest in Odessa, and now they can bring global victory to Ukraine again! 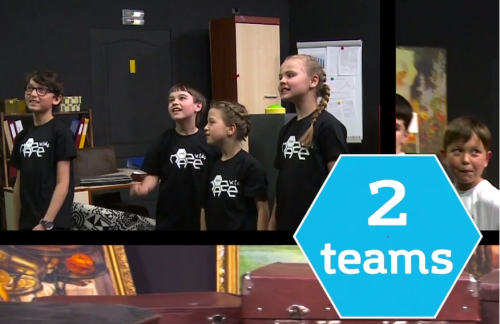 The theme chosen by young Odessa citizens is the most important for humanity: sustainable development of human settlements. Disrespect to nature and short-sighted planning lead to the decline of once prosperous cities and towns. It is not surprising that young children are already thinking about what will remain for them when they grow up. And they offered an interesting solution to the problem. 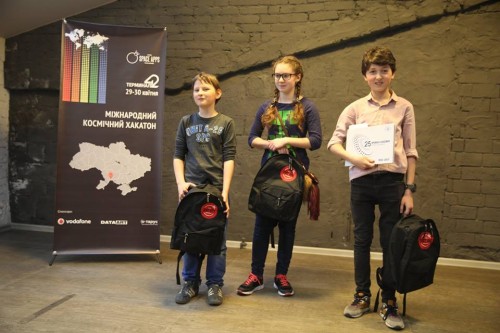 It turns out that now children are often more worried about their future than even the adults are. This is a real example of responsibility. Remarkably, a member of the team of Sergiy Vakarin and Oleksiy Planida at the Kyiv location 8-year-old Kirill Agapov (also a participant of the Uatronica-Industry 4.0 conference) is perhaps the youngest contestant of the NASA hackathon. However, it was he who proposed the idea for the Kyiv presentation: Aliens Among Us, about insects that threaten humanity. In many countries, particularly in the United States, they are considered the greatest threat to human settlements. The tools proposed by the Kyiv team to prevent such threats are an important addition to the idea of sustainable settlements. 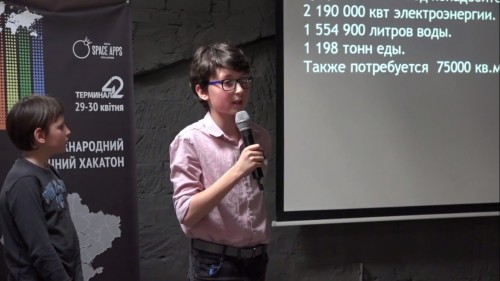 Members of the Odessa team answered the questions of the head of UkraineIS Sergei Vakarin. After the discussion it seemed that these children were able to solve any problem. 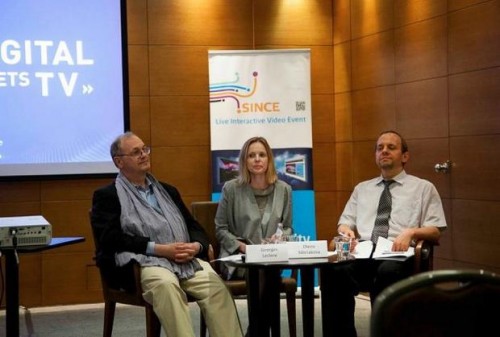 Sergiy Vakarin: – Congratulations on the victory! Now you represent Ukraine at the world’s largest high-tech contest. What do you feel in this context?

David Oks: – Joy of victory (smiling). But winning is not just gifts and congratulations. Now we have to meet after the lessons, discuss issues related to the project, prepare for the next stages. And we all want to express our great gratitude to you for such a powerful support!

SV: – How did the idea of an “autonomous smart village” emerge? Did you come to the contest with a certain idea or it was an insight during the contest?

David: – I should be frank: we expected ordinary communication with amateur astronomers and, perhaps, some programming. In fact, this turned out to be a real competition of projects. But we decided – what to lose? With the help of the organizers we selected the challenge – Live Smart was the only one in which we could do something. And then the idea emerged instantly.

SV: – What is the distribution of roles in your team? How did the mentors and parents help you solve a complex task?

Lisa Oprya: – We work as a team and evenly distribute tasks. The mentors helped us to properly submit our idea, and our parents helped to produce a 30-second video.

SV: – Some of you participated in the interactive television Since TV project, which was presented at our conference UAtronica-Industry 4.0. The project required you to solve non-standard tasks of finding answers to complex questions. How did these skills help you in finding information at the contest?

Team: – We calculated how much food, water, energy, etc is (approximately) needed per 1000 people. We discovered how to produce electricity and food, as well as how to get water for the settlement. Also we found similar projects that are already implemented.

SV: – Do you plan to further develop your project of an autonomous settlement?

Alisa Stepanova: – Yes. After such a strong tension and victory, we would like to relax. But there is still a lot of work ahead.

SV: – Thanks for the answers! And now let’s remind our readers about voting.

Or there is also a simple way to visit the project page and vote right there.

Team: – To vote every day, after registration you can leave the page of the project open in your browser.

SV: – The system distinguishes between big and small letters. You should enter your login and password with that in mind. And now cast your vote!