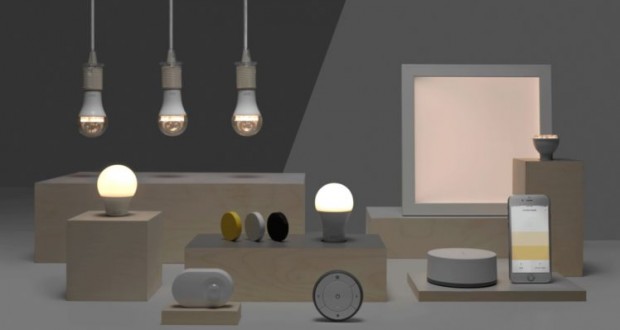 In a new Swedish press release, the popular ready-to-assemble furniture retailer announced its affordable TRÅDFRI line of smart lighting systems is slated to get support for Google Home, Apple HomeKit as well as Amazon Alexa, according to The Next Web.

Among other things, the integration will enable users to pair their smart light bulbs with other smart home devices like thermostats and door locks. But perhaps most convenient will be the functionality to control the lights with your voice, once you’ve connected them to your Home or Echo smart speaker.

The Swedish home store made its initial foray into smart appliances back in 2015, kicking off its own collection of furniture with support for wireless charging.

Taking on competitors like the popular Philips Hue, IKEA then followed up its wireless furniture offerings with the launch of the TRÅDFRI smart light bulb line.

While details about the upcoming update remain scarce as of now, the Swedish behemoth promises the new technology will be available as early as summer or autumn.

Interestingly, earlier in May IKEA’s Denmark-based innovation lab was caught surveying consumers about what they’d like to see in a hypothetical virtual assistant, which was widely interpreted as an indication that the retailer could be gearing up to embed its furniture with AI in the near future.