Shares
New photos have surfaced on Reddit of the Tesla Model 3 at a supercharging station. 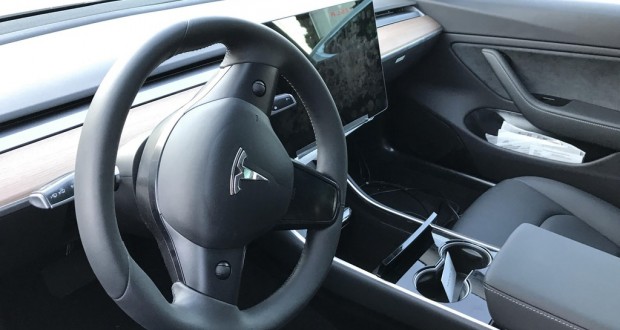 The Tesla engineer driving the test vehicle didn’t seem to mind photos being taken and even mentioned that they were driving the vehicle home for the night, Teslarati reports. 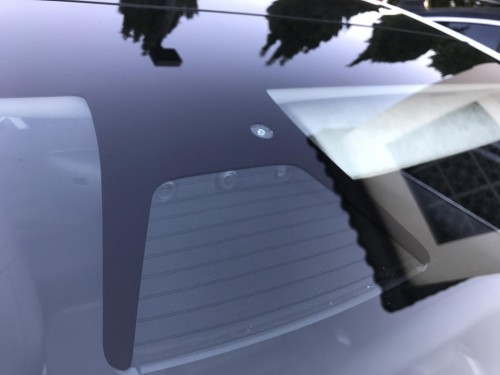 The Model 3 was seen with full autopilot hardware and this close-up of the front-facing cameras. The Tesla vision system looks nearly identical to the current Model S and X system, but with a new rain sensor added (top right sensor). The Tesla Model S and X previously had rain sensors like this one, but disappeared with the Autopilot 2 hardware. 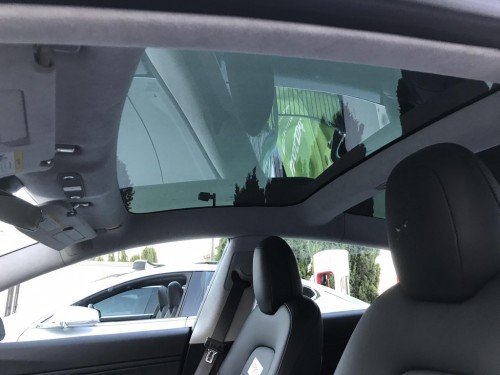 This is one of the first great images of the Model 3’s seats and roof. You can clearly get a sense of the vehicle’s headroom and the thickness of the center roof panel, which looks thinner than the Model S/X’s. It’s unclear from the photo if the headrests are adjustable. 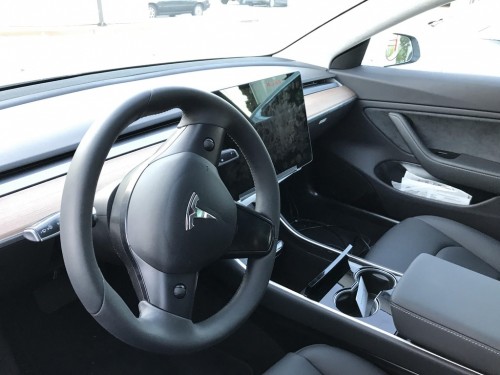 Nothing much has changed with the Model 3’s simplistic steering wheel design. It’s still unclear which controls the scroll wheels activate since there isn’t a screen in front of the steering wheel. It’s worth noting that the center console area looks well thought out, compared to the Model S’s lack of a center console at launch. 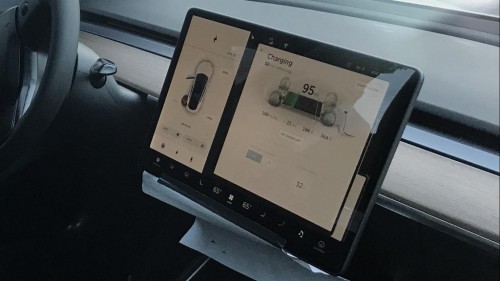 Now for the most important photo out of the bunch, the charging screen. The screen clearly shows the vehicle’s charge level at 95 miles and was charging at 169 mph (worth noting that the stall next to the Model 3 was drawing power as well). After taking a closer look at the vehicle’s charge level, it looks to us that this particular vehicle has a range over 300 miles (312 miles to be exact).  Sources at Tesla have previously told us that the Model 3 will launch with 60kWh and 75kWh batteries, so it can be assumed that this vehicle was equipped with the larger 75kWh battery.

This charging screen should also give Model 3 buyers a good sense of the layout; we have previously seen photos of the Model 3’s center screen, but with far less detail. The controls at the bottom of the screen appear easy to reach, and the screen seems well divided from left t0 right. 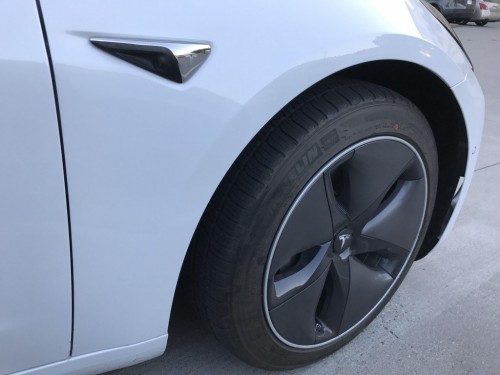 This white Model 3 was sporting new gray/black aerodynamic wheels. The Tesla Model S briefly had an option for aerodynamic wheels, but Tesla didn’t offer the wheels for long. This picture also gives a great look at the camera/turn signal unit on the side of the vehicle, which is similar to or the same as the Model S/X’s unit.

Check out the rest of the photos below of the Model 3’s white exterior: 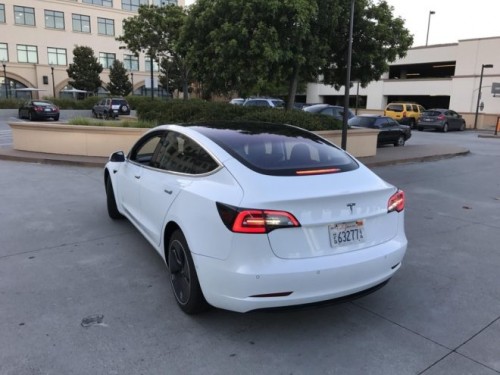 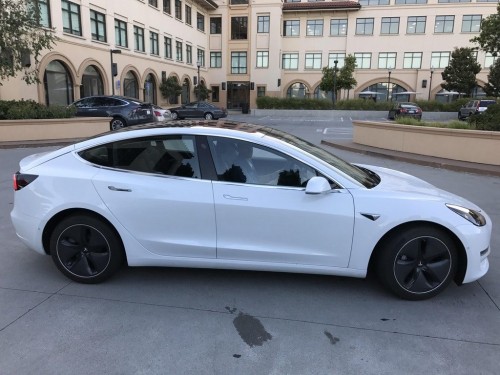 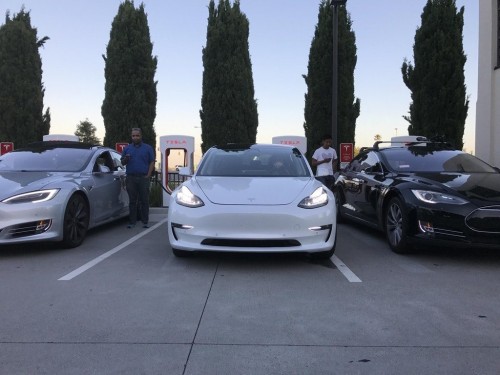