This company fights air pollution with Internet of Things and plants

Shares
Their solution is a four-meter-high CityTree installation, which is equivalent to 275 urban trees and has the ability to clean city air from harmful pollution. 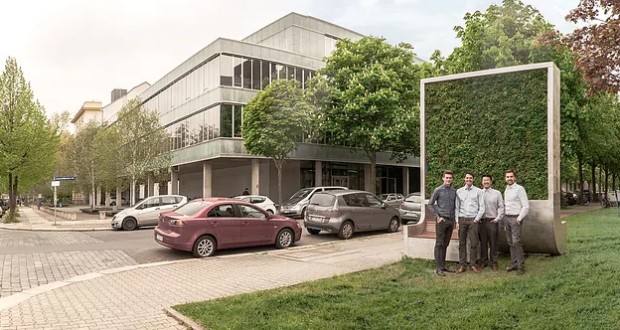 Air pollution is becoming a global threat as 90% of urban populations breaths polluted air. In December 2016, the Chinese government reported the highest air pollution and the red alert was implemented in 23 cities in northern China. According to World Energy Outlook’s report, this problem causes up to 6,5 million deaths annually, not to mention the 1,6 trillion-dollar annual economic damage in EU, where governments are trying to treat air pollution.

Green City Solutions tries to fight the problem of air pollution worldwide. They seek to solve it with a combination of Internet of Things (IoT) and plants, providing clean and cool air to hot urban cities, according to Green Tech Challenge.

Their solution is a four-meter-high CityTree installation, which is equivalent to 275 urban trees and has the ability to clean city air from harmful pollution. Examples of those harmful pollutants are nitrous oxides, ozone and particulate matter. Every CityTree reduces local air pollution in a proximity of up to 50 meters, up to 30%.

In comparison to 275 normal urban trees, a CityTree is 95% more cost effective, and requires 99% less space on ground, according to Green City Solutions. This is especially handy in urban cities, where free uninhabited space is a rare commodity. 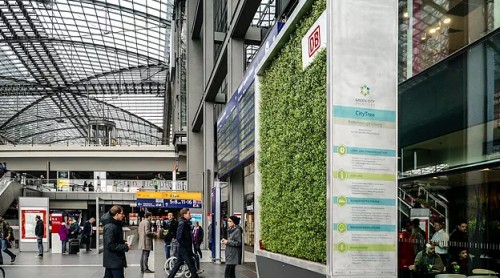 Green City Solutions’ approach is based on biotechnology, a moss culture, which has the ability to attract air pollutants from its surroundings and convert them into its own biomass. The moss, therefore, literally eats air pollution. Because of IoT technology, the reduction of air pollution is traceable, and the CityTree requires only a few hours of maintenance per year.

Previously, air pollution has been tackled indirectly, by shutting down factories or traffic, but treating air pollution this way causes a lot of economic damage.

The CityTree is a simpler solution to this issue and a better economic alternative to the previous methods.