Don’t try this at home: Bio-hacker implanted chip into hand to for pay public transport easier

Shares
If you have ever been caught fumbling for your Opal card at the ticket gate, an Australian man may have found the solution. 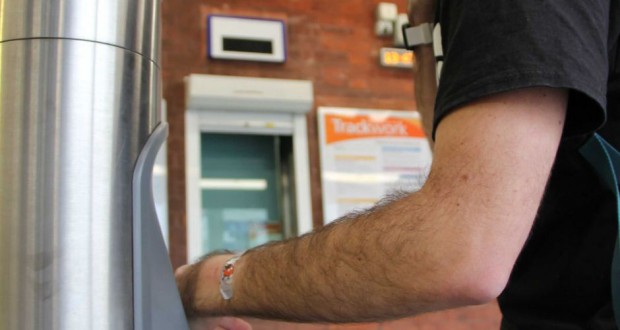 A Sydney man had the chip from an Opal card inserted into his hand and is now tapping on using the technology that is implanted underneath his skin, according to ABC News.

He then had the device implanted just beneath the skin on the side of his left hand.

“It gives me an ability that not everyone else has, so if someone stole my wallet I could still get home,” he said.

He is able to use the Opal just like other users, including topping the card up on his smartphone.

However, his hand needs to be about 1 centimetre from the reader, closer than traditional cards, and he sometimes needs to tap more than once, due to his device’s smaller antenna.

“My goal is to have frictionless interaction with technology,” he said.

It should be recalled that Swedish company Epicenter offers to implant its workers with microchips that function as swipe cards: to open doors, operate printers, or buy smoothies with a wave of the hand.

‘Don’t try this at home’

Mr Meow-Meow had his device implanted by a piercing expert, in a procedure lasting approximately one hour.

He warned others not to do the same without expertise and research.

“Most certainly don’t try this at home unless you know what you’re doing,” he said.

Mr Meow-Meow said there was a risk of bacterial infection whenever anything was implanted beneath the skin, so it was important to consult professionals.

“Be aware of the risks involved and make a wise judgement based on that.”

He also said his actions were a breach of Opal’s terms of service, which prohibit tampering.

“It will be really interesting to see what happens when the first transit officer scans my arm,” he said.

Mr Meow-Meow does not believe his implant was very radical.

“Putting technology into the body is not unusual,” he said.

Implants like pacemakers for heart conditions and intrauterine devices (IUDs) for birth control are now widely used and the Sydney scientist said his device was a natural extension.

“While one might be for birth control, which we’ve decided is pretty OK, this one is to make catching public transport easier.”

Mr Meow-Meow had his Opal implant custom-made by a US lab, Dangerous Things.

He has two other NFC implants in his hand and arm, including one that he keeps documents on.

He said NFC implants could be widely used in the future, particularly when a person’s identity needs to be proven.

“You’ll see it in parole, in nursing homes where people are unable to divulge medical details,” Mr Meow-Meow said.

“If I could go to a government department and swipe my hand, that would make accessing these services a lot easier.”