Shares
As Elon Musk announced earlier this week, Tesla has officially begun production of Model 3 in Fremont, California, where the Model S and Model X are also being assembled. 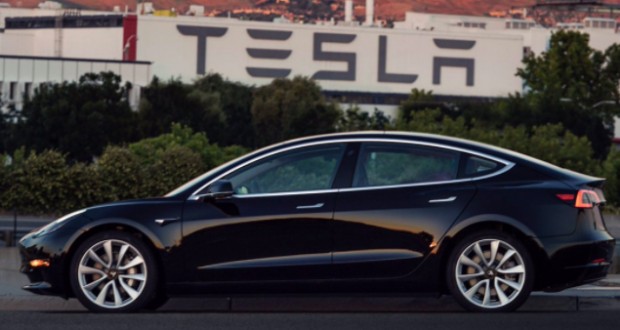 Tesla CEO Elon Musk took to Twitter to confirm the production of “Unit 1” of Model 3 on Saturday night.

According to reports, it was Ira Ehrenpreis, an investor of Tesla, who should have received this first car. But the company finally decided to present it to Elon Musk as a gift for his 46th birthday (but with a little delay since Elon was born on June 28).

Musk announced that 30 cars will be delivered to the customers at the end of July. Then Tesla expects to produce 100 units in August and more than 1500 in September. And by the end of December, the manufacturer will begin production on a large scale with a monthly volume of 20,000 cars.

It should be recalled that Tesla CEO Elon Musk has recently announced that his company is building the world’s largest lithium-ion battery in Australia to store energy from the wind farms.