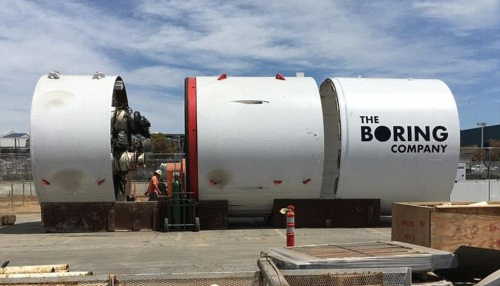 Elon Musk tweeted Thursday that his Boring Company received permission from the US government to build Hyperloop transit network connecting New York, Philadelphia, Baltimore and Washington D.C., with stops connecting each city center, and a dozen more entry or exit elevators located within each city, according to TechCrunch.

Musk said also that the trip time from New York to D.C. would be just under half-an-hour. Currently, by train, that trip is roughly three hours and 20 minutes, or over four hours by bus.

He is hopeful to receive a formal approval soon.

Still a lot of work needed to receive formal approval, but am optimistic that will occur rapidly

Musk has announced earlier that his tunnel-boring machine, dubbed Godot, had begun digging a tunnel under Los Angeles. The company has also revealed its own vehicle that will run in the tunnels – an underground electric bus.