Facebook Shut Down AI Robots After They Developed Their Own Language

Shares
Facebook has switched off two chatbots because they reportedly created its own language. 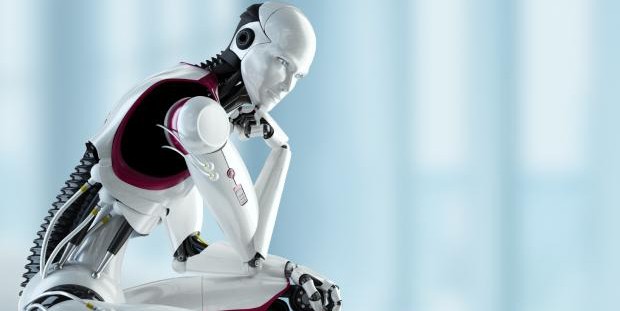 According to the statement, researchers at Facebook Artificial Intelligence Research (FAIR) have created two dialog agents with a new capability — the ability to negotiate.

The experiment’s goal was to show that these dialog agents with differing goals can manage to come to a compromise in start-to-finish negotiations with other bots or people.

“The FAIR researchers studied negotiation on a multi-issue bargaining task. Two agents are both shown the same collection of items (say two books, one hat, three balls) and are instructed to divide them between themselves by negotiating a split of the items,” said in the report.

Surprisingly, researchers noticed that the bots nicknamed Bob and Alice have started to make up their own code words. They stopped using English and invented their own language that only another AI could understand.

According to The Telegraph, since the researchers assigned no reward for conducting the trades in English, the chatbots quickly developed their own terms for deals.

“There was no reward to sticking to English language,” Dhruv Batra, Facebook researcher, said. “Agents will drift off understandable language and invent codewords for themselves.

“Like if I say ‘the’ five times, you interpret that to mean I want five copies of this item. This isn’t so different from the way communities of humans create shorthands.”

Facebook shut down the conversation between the AIs, but the team said the program “represents an important step for the research community and bot developers toward creating chatbots that can reason, converse, and negotiate, all key steps in building a personalized digital assistant.”

Facebook also open-sourced the code for other researchers. “Working with the community gives us an opportunity to share our work and the challenges we’re aiming to solve, and encourages talented people to contribute their ideas and efforts to move the field forward,” the Facebook team said.