Home / Pulse_o / The latest CERN breakthroughs: The future of science from the Neutrino and Dark Matter Conference in Hurghada

The latest CERN breakthroughs: The future of science from the Neutrino and Dark Matter Conference in Hurghada

Shares
Preparations are underway to experiments on the Large Hadron Collider that will restart in 2021. Let`s learn about the future experiments in the CERN together with Sergei Vakarin, Chairman of UkraineIS. 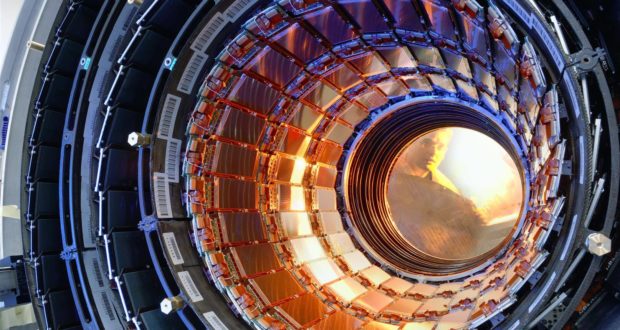 The future of science and energy CERN scientists are determined to answer the Big Questions: What are we? Where are we coming from? But the applications like energy of the future are not less intriguing.

Since getting CERN associate membership by Ukraine, UkraineIS has been in contact with key CERN researchers including Klaus Batzner and Lawrence Krauss.  After his visit to CERN, conference participants tends to believe that the Big Bang mystery and the nature of dark matter and antimatter could be discovered during our lifetime.

The Neutrino and Dark Matter Conference (Hurghada, Egypt) participants were the leading scientist of the world so it was the place to discover the latest breakthroughs of CERN research.

The program consisted of plenary presentations by invited speakers and contributions selected from submitted abstracts on the following topics:

As a graduate of the University of Manchester, Vakarin was pleased to meet Diallo Boye who, while a summer student at CERN, participated with the Manchester team in LHCb experiment. Diallo’s presentation was one of the most fascinating at the NDM-2020 conference.

The Higgs boson, the final elementary particle predicted by the Standard Model of particle physics, was  discovered at CERN. It plays the key role in the Standard Model. Diallo is currently working on the famous ATLAS. He is searching for Higgs decays to Beyond Standard Model particles. Hidden sector or dark sector states appear in many extensions to the Standard Model, to provide a particle candidate for dark matter in universe or to explain astrophysical observations such as positron excess observed in the cosmic radiation flux.

Now Diallo is part of the team that is trying to detect dark matter, one of the deepest mysteries of the Universe. There is a possibility that long-lived dark particles may be coupled to the Higgs boson, making it a portal to the dark world.

The discovery of the Higgs boson at the Large Hadron Collider opens a new and rich experimental program based on the Higgs Portal.  The extended search could bring a more general class of models, with the constraint of the SM Higgs portal lifted.

It was a fascinating opportunity to meet Boye and his supervisor, Dr Ketevi Assamagan, a tenured physicist at Brookhaven National Laboratory in the United States, during the NDM Conference.

Previously, there was a meeting with the legendary physicist Klaus Bätzner in CERN. The scientist worked at CERN from early 1960s and was involved in most of its exciting experiments, from building the proton accelerators to preparation of space missions for research of solar activity and cosmic rays.