Home / US / Obama will “strangle” Russia until its full economic collapse

Obama will “strangle” Russia until its full economic collapse

Shares
The U.S. continues to put pressure on Russia by means of sanctions. It was reported in the foreign press. Moscow should change its policy. 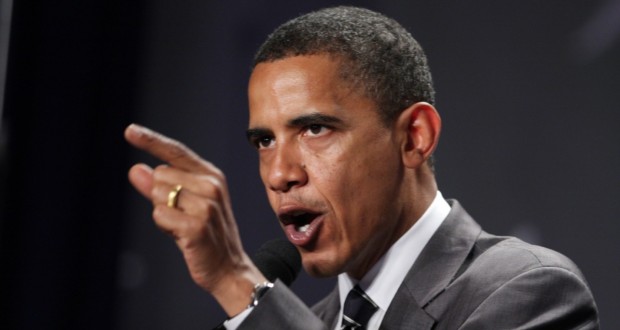 According to the American leader, Barack Obama, now he and his Russian counterpart have business and straightforward relationship. Obama said the relationship with Russia was very productive when Dmitry Medvedev was the head of the Russian Federation, despite the fact that back then the current president was "standing behind the throne", joinfo.ua reports with reference to the foreign press.

Obama also said that the current sanctions against Russia negatively affect the economy of this country. The crisis in Ukraine threw the Russian government off balance, so President Putin uses a special approach to Russian policy – nationalistic and past-focusing one. Such policy causes great losses to the Russian economy and scares its neighbors.

This approach works for Putin inside the country, however, completely isolating Russia in the international arena. West offers Russia a political dialogue to resolve the problem.

As reported, President Obama noted that the United States were going to keep the sanctions pressure on Russia in force. According to Obama, Putin will change his mind only when the policy within the Russian Federation matches its economy.

Earlier, Angela Merkel, the Chancellor of Germany said about the need to maintain the sanctions regime against Russia. According to her, Russia is violating international law.