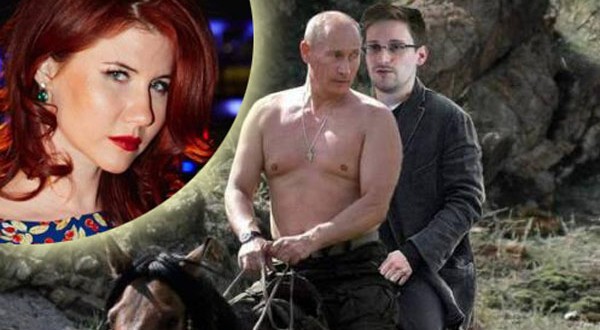 According to foreign media, the "spy" Anna Chapman was given a task from her bosses in Moscow – to win the heart and mind of Edward Snowden, who previously worked for the U.S. National Security Agency, joinfo.ua reports with reference to the Build.

According to the newspaper, Chapman must have charmed Snowden and convinced him to stay in Moscow at all costs. The aim of the operation was to make Snowden continue disclosing information about the NSA and British intelligence.

Chapman was given the task to become as close with Snowden as possible to perform the task of the authorities. In summer 2013, she even wrote in her Twitter, "Snowden, will you marry me?"

So far, Anna and Edward met only once. Later, in the interview with NBC News Anna Chapman was asked to offer Snowden to marry her, but she did not answer and left the studio.

It is to be recalled that in autumn 2011, Chapman was exposed as the Russian spy, and together with her colleagues she was arrested by the FBI. Later she was exchanged for the western spies arrested in Russia. Since her return to Moscow, Anna has been working as a formal model and moderator.

It is to be recalled that after the scandal with Snowden U.S. president announced about limited powers of the National Security Agency to collect personal data. Obama believes that now espionage can be conducted only in special cases.