Shares
In Washington, the American brought to the world an incredibly big boy. A child of this size shocked the public. 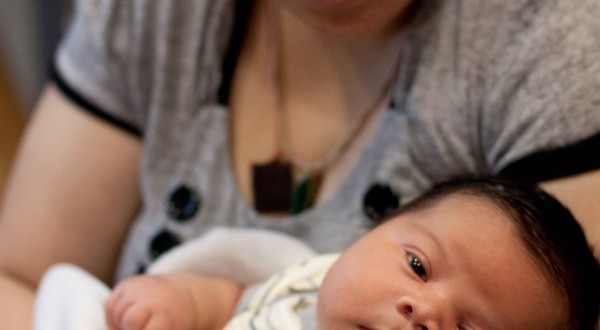 As reported, recently in Washington a woman gave birth to a very large baby, weighing several times more than normal – 6.6 kg. Thus, the birth of a child made a sensation, because such cases are very rare.

It is known that the "hero" saw the world for the first time in Grays Harbor Community Hospital. Usually, the average weight of a newborn is about 3.4 kg.

The mother of the baby Yessica Ortiz Delgado already has two children, who weighted not so little too: about 5.4 kg. But the woman had no idea that the third child would be born even heavier than his brother and sister. The baby was called Francisco Leon Ortiz.

The weight of the mother is not reported. At the moment, the American and her son are doing well.