Shares
As reported, this bill allows to impose new sanctions against Russia and to allocate $ 350 million worth of military aid to Ukraine. 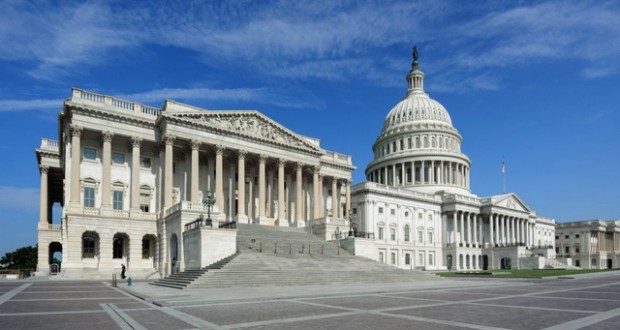 New sanctions against Russia, as referred to in the bill of the U.S. Senate, in particular, are directed against Gazprom and Rosoboronexport. In addition, the bill provides that it will be allocated $ 350 million worth of military aid to Ukraine, Joinfo.ua reports with reference to the Senate.

To enter into force the document should be approved by the House of Representatives.

According to the document, U.S. president has the authority to impose new sanctions against Gazprom, if the cuts gas supplies to NATO countries, as well as to Ukraine, Georgia and Moldova. In addition, the sanctions will be imposed in relation to other companies and individuals of the Russian Federation engaged in the oil business. For example, there may be introduced the sanctions regarding the necessary equipment export. Also the new sanctions may affect the Rosoboronexport Company.

In addition, after the enactment of the law Ukraine, Georgia and Moldova will be given a special status of partners outside NATO. Then the president of the United States may provide the Government of Ukraine with arms and aid in the form of military advisers worth of $ 350 million.

In addition, the U.S. authorities should provide assistance to Ukraine in the reorientation of Russian military exports to other markets. Moreover, the United States declared their readiness to allocate $ 50 million to modernize the Ukrainian gas transportation system and help Kyiv to reduce its dependence on the Russian gas.

Also it is planned to allocate $ 20 million for each democratic institution in Ukraine.