Home / US / U.S. will hit Russia with double blow if it squeezes America out of the Arctic

U.S. will hit Russia with double blow if it squeezes America out of the Arctic

Shares
U.S. military experts say Washington is moving to the Cold War. And if the U.S. does not begin to build up its forces in the Arctic, they may lose the war for the north to Russia. 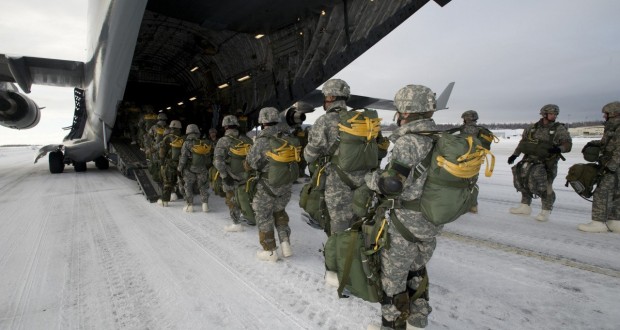 David Hunt, the former U.S. Army Colonel and former adviser to the FBI calls on to consider Russian politicians' words about the Cold War not as just words but an action program. According to him, Moscow's provocations such as bombers in the skies of other countries are gaining momentum, and they need to be ready that soon the same provocation may begin in the Arctic and Alaska.

According to Hunt, the struggle for resources of the north can be worse than the current Cold War, and it can be much more dangerous than it might seem at first glance. At the same time, Washington underestimates the threat, he said.

Meanwhile, Moscow continues to build up its military presence in the Arctic, yet at the level of jokes, but it starts talking louder about taking Alaska back, and business activity of the Russian companies in the north starts to threaten U.S. national interests.

Hunt reminds, America has only one icebreaker, and the Senate is in no hurry to allocate $ 1 billion for it, while Russia has five of them. Hunt believes the only adequate protection is the construction of a modern infrastructure and energy development in the Arctic. That would be a double blow for Russia: U.S. will increase defense capacity of its territory and gain access to the resources in the north, thus undermining the positions of Moscow.