U.S. Navy to use fish spies

Shares
Robot fish not only looks like an ocean dweller, but also simulate its behavior. 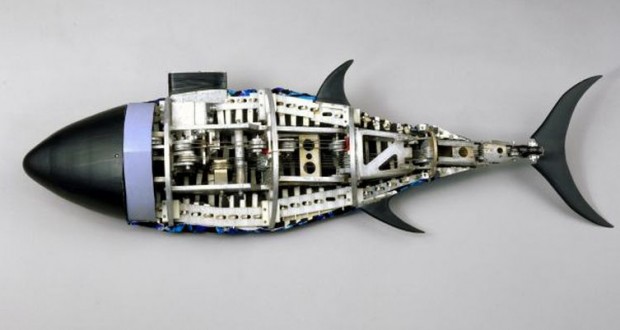 It is noted that the project has involved not only military but also civilian experts.

The tests have been conducted in the United States under the guidance of the Navy engineers. It is known that the robot fish is focused on underwater reconnaissance. The total project cost is about $ 1 million.

The device is 1.5 m long and is weighting 45 kg. It is capable of imitating the behavior of a fish, making sharp turns and swimming naturally quietly.

This model is able to gain about 75 km per hour. Such indicators make the robofish indispensable tool for exploration in protected waters. In particular, the robot fish can be useful for goods delivery and minesweeping.

The tests took place on December 11, off the Virginia coast. The robot, similar to a fish successfully imitated behavior of the water inhabitant. This model does not have a propeller and jet engine. In the water it moves due to the movement of its tail. The robot is controlled remotely, as well as offline.

The experts engaged in the project, argue that the device will be available for the U.S. Navy next year.