Shares
The new President of the United States can be Jeb Bush, a brother of George Bush known for his short views. Foreign press reports that he is ready to run for president among Republicans. 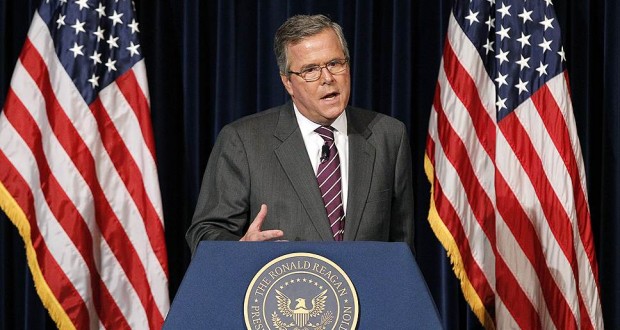 The attention of media is focused on the younger brother of the 43rd U.S. President George W. Bush – Jeb Bush. It is he who may become the next head of the White House, given the drop in ratings of Barack Obama and Democrats.

At least, there is indirect evidence of the fact that Jeb Bush will announce his candidacy in January. Thus, Jeb Bush sent the main sponsors of the Republican Party the letters calling to "keep powder dry" and asked his close political strategists not to be employed in other projects. Besides, the Bush family, in particular, his son George Prescott Bush states that they intend to give their father 100% support if he decides to run. However, the potential candidate himself said that he did not discuss this issue with his son.

Jeb Bush is the former governor of the U.S. state of Florida, but the last eight years he has been in business. Although lately he has turned it into trust companies. Experts say he understands that at the start of a serious political career he will have to leave it for some time. Like his brother George, Jeb Bush is not just a member of the Republican Party. 43rd President of the United States is known for his aggressive policies in Iraq and Afghanistan, so given the current confrontation between America and Russia, if the Republicans win it is worth waiting for intensified confrontation.

It is quite possible, despite the fact that another relative of the former head of the White House Hillary Clinton is likely to run for president among Democrats. The governor of New Jersey, Chris Christie is likely to be Jeb's competitor in his struggle for the nomination among Republicans.