Home / US / Saudi Arabia to be blamed for Russian crisis, not America

Saudi Arabia to be blamed for Russian crisis, not America

Shares
According to Senator John McCain, the U.S. should thank Saudi Arabia for the beginning of the crisis in Russia, as it was Saudi Arabia which has reduced the oil prices to the level unfavorable for Moscow. The senator believes that before the fall of prices for "black gold" sanctions against the Russian Federation and U.S. President 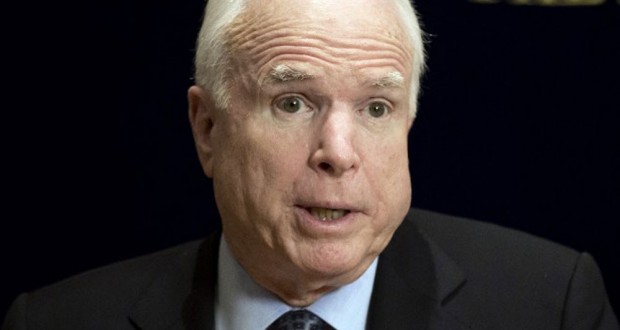 So, it was Saudi Arabia which has reduced the oil prices to a negative mark for the Russian economy. And it has no connection with the actions of the U.S. president, the senator said.

According to McCain, sanctions against Moscow also did not have the desired effect and had not cause difficult economic situation in Russia as long as the oil prices began to fall. Thus, Western sanctions have not led to the weakening of the Russian president’s positions, especially his retreat.

Earlier it was reported that the current economic situation in Russia is the result of wrong foreign policy of its government. This is the opinion of Jason Furman, Chairman of the Council of the CEA. This situation clearly shows the result of what happens when the international law is violated.