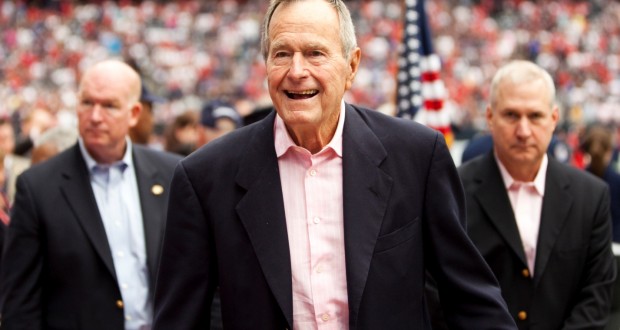 According to publications referring to the statement made by Jim McGrath, the official representative of George Bush Sr., ex-president was admitted to the hospital because the doctors started trembling for the health of this respected elderly man.

According to McGrath, Bush was taken to the hospital by ambulance not because of his critical state but to observe safety precautions, since Bush has got shortness of breath.

"90-year-old ex-president will be held for observation, again as a precaution," the statement says.

Reference: George Herbert Walker Bush is 41st U.S. president (1989-1993). Two years ago, in November 2012, it was taken to the Houston Hospital, where he had treated bronchitis. Bush Sr. suffers from Parkinson"s disease and is forced to move in a wheelchair.