Shares
American Republicans, who idolize Putin for his macho image, have to accept the fact that Obama, whom they think of as a "wimp", was able to overcome their idol. 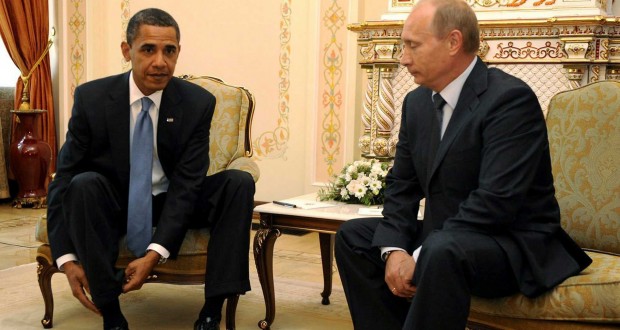 The Israeli news portal Globes.co.il has published some information about the relationship between Obama and the Senate.

The authors of the publication noted that last week saw more active and decisive actions of Obama, who has been quite passive lately. In particular, the U.S. president initiated the normalization of relations with Cuba. As a result, the economic benefit can be enormous for both countries. In addition, Obama began talks with his Chinese counterpart on joint measures to stop global warming. Also he was very decisive signing a series of agreements with Iran and in the fight against the Islamic State.

Still Republicans are critical to the president. They are especially shocked by the fact that Obama, whom they think of as a "wimp" could repulse Vladimir Putin.

The representatives of the Republican Party admire the aggressive policy of Putin towards Ukraine. In particular, Rudolph Giuliani, the former mayor of New York, once said, "He [Putin] makes a decision and he executes it, quickly. And then everybody reacts. That's what you call a leader. President Obama [has] gotta think about it, he's got to go over it again, he's got to talk to more people about it."

Sarah Palin, a former candidate for vice-president among Republicans, also calls Obama a "wimp". And Putin takes off her feet. "People are looking at Putin as one who wrestles with bears and drills for oil. Then they look at our President as one who wears mom jeans and equivocates and bloviates."

It is admiration for Putin that explains the fact that Republicans hate Obama, the publication writes. "They do not like him not because he is black or because he is a Democrat, but because he has never adhered to the tactics of the so-called man's rule (first do, then think)," the author concludes.

It was already reported that U.S. President Barack Obama rejected a formal invitation to visit Moscow to attend the celebration of the 70th anniversary of the victory over fascism in Russia.