Shares
In such a way an angry resident of the United States expressed his protest and revenged police for his arrest. 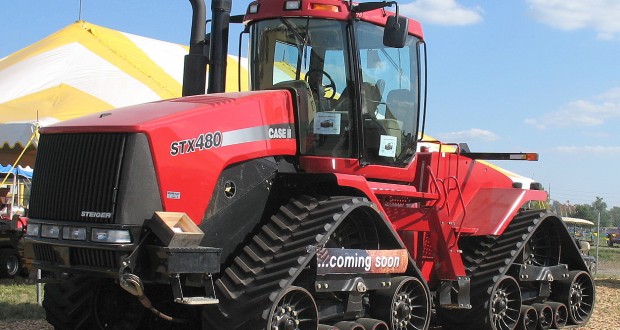 34-year-old Roger Pion, a resident of Vermont decided to express the revenge for his arrest in the most unusual way.

After Roger was released from the county jail, he returned to his farm, rented his friend's giant 15-ton tractor and drove in it to the parking lot with police cars.

The frustrated man managed to run down several cars and tried to ram a few more. As a result, eight official police cars turned into scrap metal. Having carried out his revenge, Roger managed to leave the scene. The avenger left "the instrument of revenge" three kilometers from the police parking lot, and tried to escape. But he was caught by police and sent back to jail.

It is reported that Roger was arrested for possessing marijuana. The court sentenced him to a few weeks' imprisonment.

Also we have reported that the Americans do not need a special reason for anger. For example, two women staged a fight in a supermarket and smashed the entire department because of a Barbie doll.