Home / US / Clinton tops Gallup’s list of most admired women

Shares
American people continue to consider Hillary Clinton as the most admired women in the world. 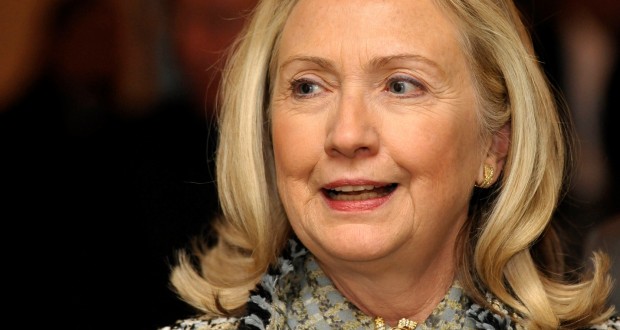 Former U.S. Secretary of State Hillary Clinton has topped the list of the most inspiring women of America according to Gallup, an American research-based, global performance-management consulting company. 12% of respondents admire her. She is followed by the most popular American TV host Oprah Winfrey (8%) and Malala Yousafzai (5%), Pakistani human rights activist, who received the Nobel Prize.

Former U.S. Secretary of State Condoleezza Rice was not included in the top three. 4% of Americans voted for her. Michelle Obama, First Lady of the United States is admired by only 3% of respondents. Angelina Jolie took the sixth place in this list with two percent of the vote.

The seventh and eighth places are taken by American actress, former governor of Alaska Sarah Palin (2%) and the Duchess of Cambridge Kate Middleton (2%). They are followed by U.S. Senator Elizabeth Warren and Laura Bush, the wife of George W. Bush. They were chosen by only 1% of the respondents each.

Gallup has conducted its surveys for 70 years. Hillary Clinton has been included into this list already the 17th time in the last 18 years. Barack Obama was included into the list of the greatest people in 2006 for the first time, and topped it, when he became the president.