Shares
Senator John McCain said that this year he would make every effort to provide Ukraine with more serious aid from the United States. 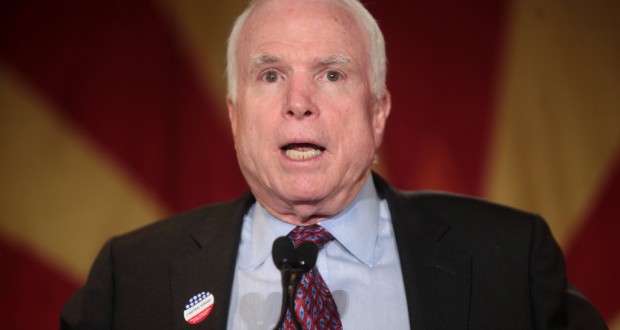 Republican Senator John McCain said that this year he would make great efforts to provide Ukraine with more significant aid.

"Now, when we have a majority in Congress, we will do everything possible for this issue to remain on the agenda, and not only with regard to Ukraine, which is a persuasive argument itself, but also with the regard to the future of the Baltic countries. We must think about what will happen to Moldova and other countries in the region," McCain said.

Republican emphasized that only the withdrawal of Russian troops from the territory of Ukraine may settle the international conflict.

"The only scenario that I see is that [Russia] must return Crimea to Ukraine, [and] leave eastern Ukraine, and only after that we can talk about the "Finlandisation" of Ukraine," senator urged, commenting on the demand of the international community to the Russian Federation.

"Today, the Achilles heel of the Republican Party is the absence of an absolute majority in Congress. U.S. President Barack Obama can always veto any decision of both chambers," McCain believes.