Shares
Mark Zuckerberg says that he was threatened by Pakistani extremist for refusing to block one of the posts in Facebook. 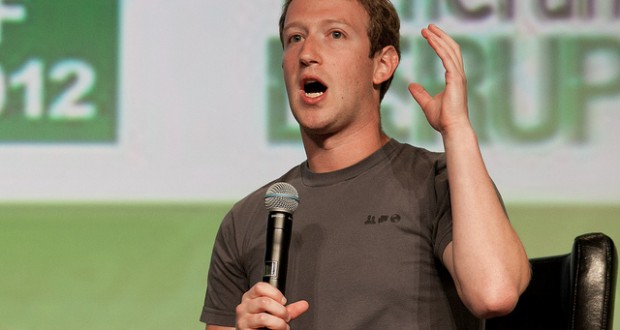 Facebook CEO Mark Zuckerberg says that earlier he was threatened with death by a Pakistani terrorist for refusing to ban the posts that, according to this man, were offensive for Prophet Muhammad, Joinfo.ua reports with the reference to Zuckerberg's page at Facebook.

"A few years ago, an extremist in Pakistan fought to have me sentenced to death because Facebook refused to ban content about Mohammed that offended him," he wrote.

As it is known, the social network Facebook provides the opportunity to complain on the posts offending the user, but the decision is taken not automatically, but after the meeting of the grievance commission. Therefore, it is probably referred to the refuse to block the posts considered offensive by a particular person or a small group of individuals.

"We stood up for this because different voices – even if they"re sometimes offensive – can make the world a better and more interesting place," Zuckerberg believes. "We follow the laws in each country, but we never let one country or group of people dictate what people can share across the world." According to Zuckerberg, all we need to reject – a group of extremists who are trying to silence the voices and opinions of everyone else around the world.

Facebook founder expressed his condolences to the victims of the terrorist attack in Paris, as well as to their families and expressed support to people who need strength to defend their ideas.

It is to be noted that Mark Zuckerberg regularly tops the Forbes's list of the richest people in the world.