Shares
A state in Central Asia accidentally invented by an American journalist became one of the most discussed topics on the Internet. 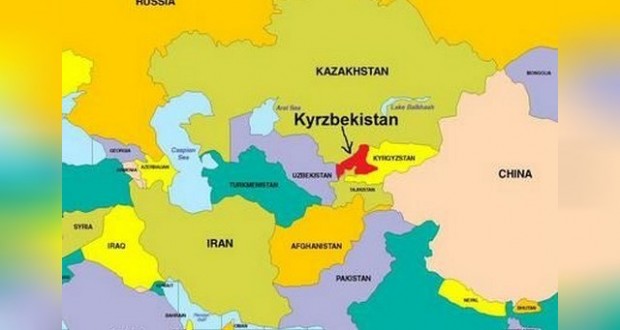 The other day it was published the article about the adventures of an American climber Tommy Caldwell, and a few hours there was added a note that attracted much more attention than the article itself. The thing is that the authoritative newspaper accidentally "invented" a new country in Central Asia, Joinfo.ua reports with reference to New York Times.

"An earlier version of this article misidentified the country whose army chased Tommy Caldwell's kidnappers. It was Kyrgyzstan, not Kyrzbekistan, which does not exist," notes the newspaper's online correction. On Twitter the posts with the tag #kyrzbekistan did not take long to wait.

Kyrzbekistan immediately found its "place on the map" – between Kazakhstan and Kyrgyzstan, and many users suggested that Kyrzbekistan is the birthplace of Borat, the eponymous hero of the film parody, showing a portrait of Ilham Aliyev, the Azerbaijani President as the President of Kazakhstan.

One of the users suggested that Kyrzbekistan exists in the works of Gary Shteyngart, the author of the bestseller Absurdistan. Shteyngart has willingly played up to her, saying that "he has just bought an apartment in Kyrzbekistan overlooking the beach."

Financial Times' journalist Neil Buckley immediately joked that "the Kremlin is preparing a plan for the protection of Russian-speaking minority in Kyrzbekistan." His colleague, Christian Caryl retorted, "The Shanghai Cooperation Organization does not seem to list Kyrzbekistan among its members. Opening for U.S. diplomacy?"

John Branch, the author of the article in New York Times, responded to these messages also with humor, "If anyone needs me, I"ll be in Kyrzbekistan, which is only fitting, since I'm the one who made it up."

Finally, Steve Swerdlow, Central Asia researcher shared a serious opinion regarding the "problem of Kyrzbekistan." "Having lived in Kazakhstan and now in Kyrgyzstan can say it wouldn't be so bad to combine Kazakhstan's economic resources with Kyrgyzstan's more democratic system. But combining Uzbekistan's political system with anything else, on other hand, ain"t such a good idea."

The non-existent state already has a microblog in Twitter, a "bank", a "president", a kind of "feminist movement" and, of course, "traditional culture" and "tourist attractions".