Shares
In their joint statement, Barack Obama and David Cameron stressed that the United States and Great Britain have agreed on joint opposition to Russian aggression in Ukraine. 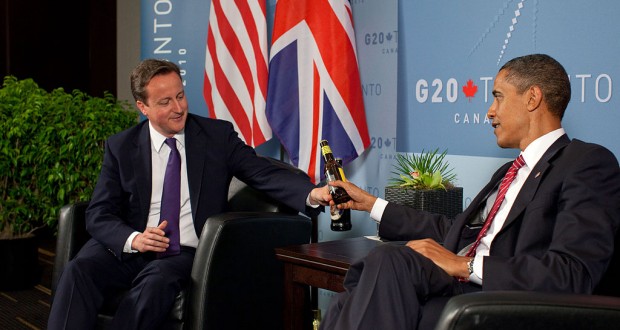 According to the statement, published in the media, Barack Obama and David Cameron have agreed to continue working together to put pressure on Russia, The Times reports.

The joint statement of Cameron and Obama is "We won't let the voice of freedom be muzzled."

"If we allow such fundamental breaches of international law to go unchecked, we will all suffer from the instability that would follow," the statement says.

According to Obama and Cameron, they sent Russia an "unmistakable" signal that the international community will not stand by and watch Russia destabilizing Ukraine. And it will not happen.

"We will continue to work together, putting pressure on Russia for the crisis to be resolved through diplomacy. At the same time we will keep supporting Ukraine as it works to fulfill the economic and democratic aspirations of the Ukrainian people," the article says.

It is to be recalled, according to the expert, President Barack Obama was able to show the true face of Europe's aggressor Vladimir Putin. By his unobtrusive and consistent policy in the Russian-Ukrainian conflict he could demonstrate the whole Kremlin's policy to his European allies.