Home / US / U.S. Department of State does not consider DPR and LPR as terrorists and wants to cooperate with Russia

U.S. Department of State does not consider DPR and LPR as terrorists and wants to cooperate with Russia 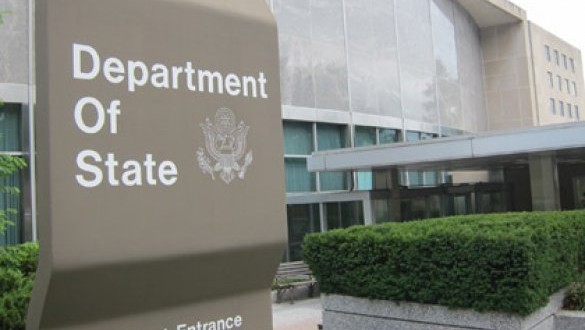 Also, the Office reported that the United States and NATO do not seek confrontation with Russia and consider it as one of the major partners, in particular, in the fight against terrorism.

At the same time, the United States Department of State has issued a warning statement to the American people regarding trips to the eastern Ukraine.

The Department of State suggests that the Americans refrain from the trips to Donetsk and Luhansk due to the fact that these regions are controlled by the pro-Russian separatists. As noted by the Foreign Ministry, their mood has become more and more anti-American.

The warning also notes that after the ceasefire agreement was signed, there was a de-facto division of the territories controlled by the Ukrainian military and militants with numerous checkpoints.

Earlier, the U.S. Department of State noted that if Ukraine had had nuclear weapon, it would not have saved the country from the Russian aggression, but exacerbated it.