Home / US / U.S. Army to improve combat capability of National Guard of Ukraine

Shares
The U.S. Army will hold joint exercises with the National Guard of Ukraine and help to transform it. 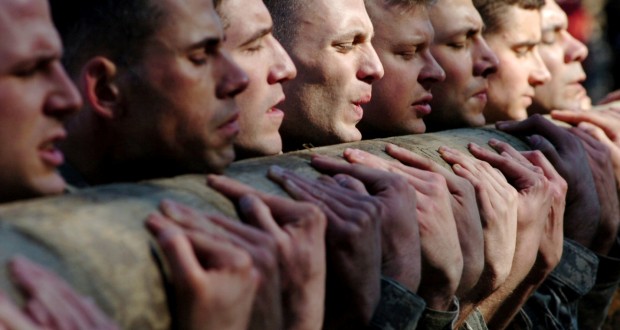 The U.S. Army will contribute to the reformation of the Armed Forces of Ukraine. This week Lieutenant General Frederick Hodges, the commander of U.S. Army Europe, will meet with the Ukrainian officials to discuss military exercises and reformation of the National Guard of Ukraine, Joinfo.ua reports with reference to the International Business Times.

The meeting will take place due to tightened military operations in the Donbas, where the pro-Russian fighters, probably "with the help of Russian troops" are fighting with the Ukrainian army for the Luhansk and Donetsk regions, the author writes.

Also, the Ukrainian delegation will attend the meeting of the NATO Military Committee in Brussels, the edition informs. During this session there will be raised the issues of global security and the situation in the east of Ukraine. But fierce fighting between the rebels and Ukrainian forces in Donetsk airport is likely to become the main topic.

Despite the Minsk ceasefire agreement signed by Russia and Ukraine in September, this conflict has already taken the lives of about five thousand people, the newspaper writes. Because of the "lack of progress" a negotiation meeting between Russia, Ukraine, France and Germany in Astana was called off. Also last month, the Ukrainian government abandoned the non-aligned status of the country, thereby implicitly stating the intention of Ukraine to join NATO, which may "annoy" Russia.

Earlier, the American journalist David Greenway said that despite his ambitions in the international arena President Putin may be "curbed" by sanctions.