Home / US / U.S. to produce Kalashnikov

Shares
American Russian Weapon Company (RWC) has announced the production of Kalashnikov"s prototypes. Before that it only imported Russian weaponry. 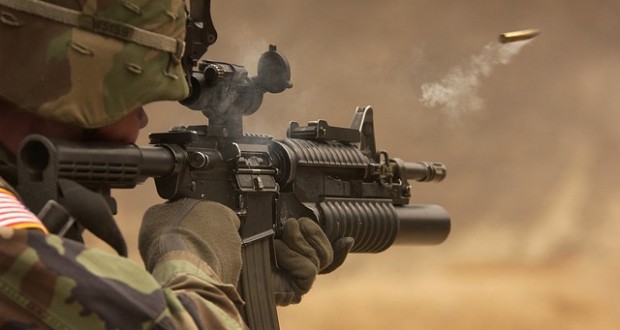 After Barack Obama has signed the document on the U.S. sanctions against Russia approved by the Senate, the U.S. discontinued the import of Russian weaponry, in particular, the main small arms brand Kalashnikov. It particularly imposes economic sanctions on those American companies that continue military cooperation with Russia.

This type of small arms is very popular in the world, including among the insurgents and criminals, due to its reliability and simplicity.

Not wanting to give up profits, Russian Weapon Company (RWC) has announced that in the second quarter of 2015 it would start its own Kalashnikov rifle assembly.