Home / US / Zbigniew Brzezinski: West must equip Ukraine right away

Shares
Zbigniew Brzezinski, who served as national security adviser to President Jimmy Carter, speaks for bringing American and European troops in the Baltic countries to contain Russia before its possible invasion. 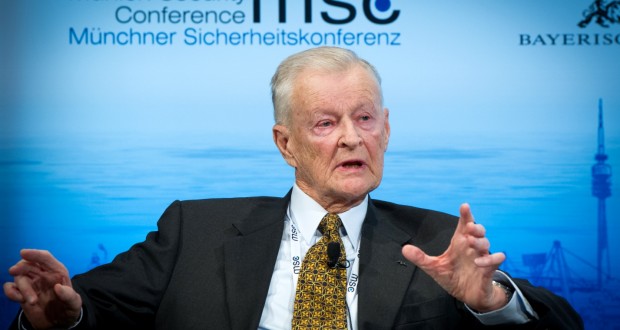 Zbigniew Brzezinski believes that Western countries have to provide Ukraine with "lethal" weapon to make the Russian invasion more costly for Putin.

At the same time, Zbigniew Brzezinski believes that the West should make it clear that there are no plans regarding Ukraine's accession to NATO.

On Wednesday's Senate Armed Services Committee meeting, Brzezinski said about a nightmare scenario when "one day and I literally mean one day he [Putin] just seizes Riga and Tallinn."

"And then we'll say how horrible, how shocking, how outrageous. But, of course, we can't do anything about it. I think deterrence has to have meaning. It has to have teeth in it. And it has to create a situation in which someone planning an action like that has no choice but to anticipate what kind of resistance will lie in counter," he said.

"I do recommend pre-positioning of some forces. An American company (of troops) in Estonia is not going to invade Russia," he said.

Putin would understand that, "but he will know that if he invades Estonia, he will encounter some American forces on the ground. And better still, some Germans, some French. And some Brits, of course," American advisor said.