Shares
The U.S. government ponders the possibility of providing lethal weapon to Ukraine, which is trying to deter Russian aggression in the Donbas. 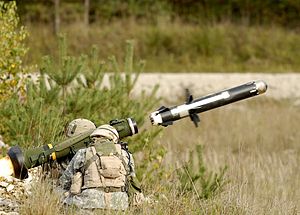 The U.S. government ponders the question of providing Ukraine with Javelin anti-tank missiles, small arms and ammunition, The Wall Street Journal reports with reference to its own sources.

It is reported that the Pentagon has long supported the idea of transmitting lethal assistance to Ukraine, but Washington was afraid of such a move, since it wanted to avoid an escalation of the confrontation with Russian President Vladimir Putin. But after the resumption of active hostilities in the Donbas, the U.S. authorities and military officials began to discuss the issue of providing lethal support such as anti-tank missiles to Ukraine again.

According to a source of the publication, this question was raised by Susan Rice, the U.S. National Security Advisor, but the issue is still not resolved. According to one of the officials, discussions regarding providing lethal weapon to Ukraine came down to the question: will it make the Russian leader restrain his support for the militants in the east of the country or will it be another big factor for his aggression?

U.S. military suggest that the Javelin anti-tank missiles will allow the Ukrainian divisions become more mobile and maneuverable to the tanks and other armored vehicles used by the pro-Russian separatists.

It should be recalled that Ben Rhodes, Deputy National Safety Advisor said that the supply of lethal arms to Ukraine would not stop the growing conflict in the Donbas.

Also it was reported that Barack Obama had doubts about the need to provide Ukraine with lethal weapon.