Shares
U.S. Congress reports that John Kerry expressed his support for the transfer of arms to Ukraine. 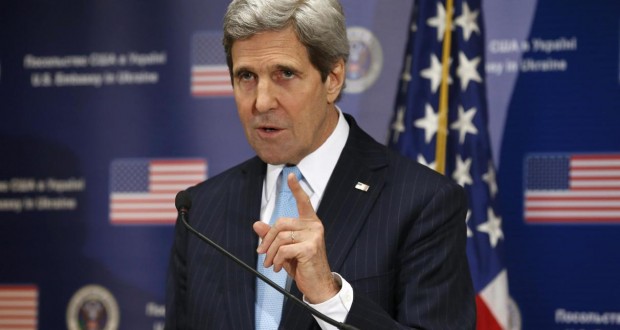 During a private conversation with American congressmen U.S. Secretary of State John Kerry said that he supports the transfer of lethal weapons to Ukraine, Joinfo.ua reports with reference to Bloomberg.

"Secretary of State John Kerry told lawmakers during a private reception in Germany that he personally supports sending lethal aid to the Ukrainian military, even though President Barack Obama has yet to make a decision on whether to say yes to Ukraine's arms request," the statement said.

"Two U.S. lawmakers told me that Kerry, in separate conversations Saturday evening at the Munich Security Conference, had told them he was for the lethal aid. Kerry's position matches that of the State Department writ large, led on this issue by the assistant secretary of state for Europe, Victoria Nuland," writes Josh Rogin, a journalist at Bloomberg.