Shares
U.S. President Barack Obama had a telephone conversation with his counterpart from the Kremlin and discussed the situation in eastern Ukraine. 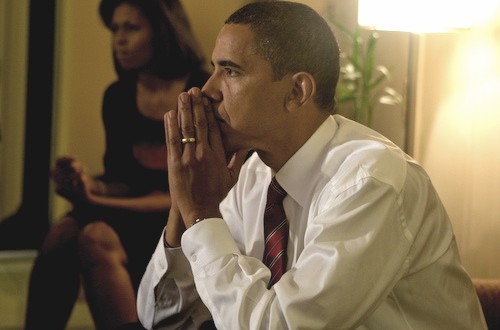 Yesterday, during a telephone conversation, President Barack Obama and Russian leader Vladimir Putin discussed "escalating violence" in the Donbas, as well as "Russia's ongoing support for the separatists" there, Joinfo.ua reports with reference to the press service of the Administration of the President of the United States.

Obama said the United States would not abandon its support for "the sovereignty and territorial integrity of Ukraine." He urged Putin to use the chance to negotiate a peaceful settlement of the conflict at the meeting in the Normandy format – with the leaders of Germany, France, and Ukraine.

The U.S. President added that the negotiation process should be based on the commitments undertaken by the parties within the Minsk agreements. "However, if Russia continues its aggressive actions in Ukraine, including by sending troops, weapons, and financing to support the separatists, the costs for Russia will rise," reports the website of the White House.

On the official website of the Kremlin it is informed that during the telephone conversation Putin expressed his assessment of the situation in the Donbas and recalled the Russian plan of overcoming the crisis discussed before the meeting in Minsk, which will be held today.

According to the statement on the website of the Kremlin, the presidents of both countries, "highlighted the importance of resolving the domestic Ukrainian crisis via political dialogue, with an immediate cessation of bloodshed, ensuring the lawful rights and interests of residents of all regions of Ukraine without exception, including the southeast."

Meanwhile, the U.S. Congress has developed and introduced a bill on providing Ukraine with lethal weapons.